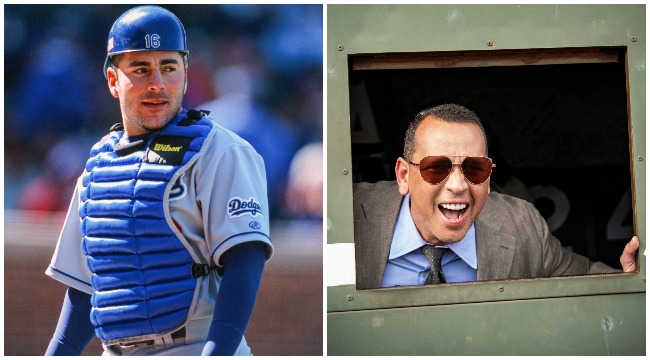 How Alex Rodriguez went from being one of the most loathed athletes in the world to that guy every middle America mom wants to bone is beyond me. His PR person needs to be considered for Time Person of the Year for the pulling the steroids over our eyes.

How a guy who reportedly hung not one, but two painted portraits of himself as a centaur in his bedroom re-branded to The View’s favorite guest will be a magic trick that would baffle Chris Angel.

But the men who know him personally still remember the guy who announced during Game Four of the 2007 World Series that he’d be opting out of the last year of his Yankees contract after repeatedly declaring he’d be a Yankee for the rest of his career.

Former MLB catcher Paul Lo Duca is one of those men.

In an appearance Monday on WFAN Sports Radio’s “Moose and Maggie, the four-time All-Star expressed his utter disdain for Rodriguez and his new sweetheart persona.

“People know I’m not a fan, and I’m sorry,” said Lo Duca. “Never will be a fan. I just think he’s one of the fakest people out there … The way he gets put on a pedestal now is beyond me.”

Lo Duca also alluded to the bitter relationship between A-Rod and Derek Jeter, two men who could hardly sit next to each other a couple years ago.

“It’s pretty well known that he and Derek really didn’t get along. He always thought that he should have been the shortstop.”

A-Rod’s turned his image around so completely that he even finds it appropriate to scold the Astros for showing ‘no remorse‘ in cheating scandal. This is Alex Rodriguez we’re talking about.

“For him to come out talking about scandals, that’s two negatives making no positives. Let’s be honest about that,” Lo Duca said.