Alex Rodriguez May Buy The Mets, Reportedly ‘Kicking Tires’ About Getting Into Upcoming Auction For Team 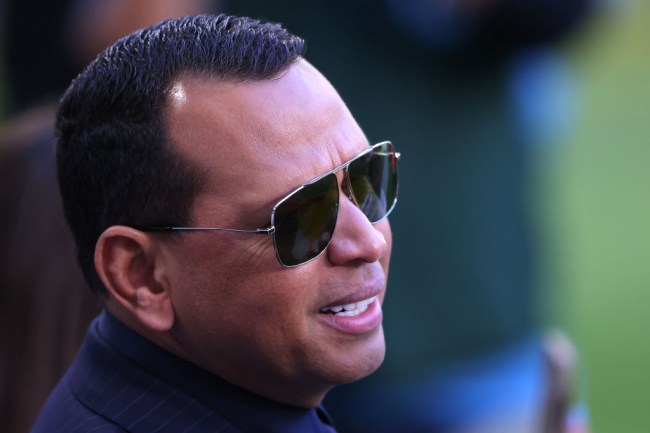 Just last week billionaire hedge fund manager Steve Cohen walked away from a $2.6 billion deal for 80 percent of the New York Mets, which means other people can slide in and essentially purchase the team.

The latest name to emerge in those rumored suitors? Alex Rodriguez.

According to The New York Post, the former Yankee and childhood Mets fan could by the team.

According to multiple sources, the newest name to emerge as a potential suitor to buy the Mets is none other than Alex Rodriguez. Baseball and Wall Street insiders told The Post that the controversial former Yankees superstar is “kicking the tires” on the idea of getting into an upcoming auction for the team.

“He’s a businessman and a baseball man based in New York,” said one A-Rod ally. “Why wouldn’t he be looking at this?”

The report also claims that A-Rod and fiance Jennifer Lopez have been interested in buying a team since Jeter became a controlling partner of the Marlins in 2017.

Sources caution that an A-Rod Mets bid would be a longshot and would require putting together an ownership group of even wealthier investors, much like the deal that his former teammate and frenemy Derek Jeter made to buy A-Rod’s hometown team, the Miami Marlins. In 2017, Jeter put down $25 million alongside 15 other investors to reach a $1.2 billion deal that made him the controlling partner and CEO of the organization.

“[Rodriguez] genuinely loves the Mets,” said one source familiar with A-Rod. “He and J-Lo have talked about him buying a team ever since Jeter got the Marlins.”

It would look and feel a bit strange to see Rodriguez owning the New York baseball team not named the Yankees, that’s for sure, but as the report stated, he is a businessman.

An A-Rod and J-Lo owned Mets team definitely does has a nice ring to it and would certainly draw interest toward a franchise that is seemingly always in the shadow of the crosstown rival.