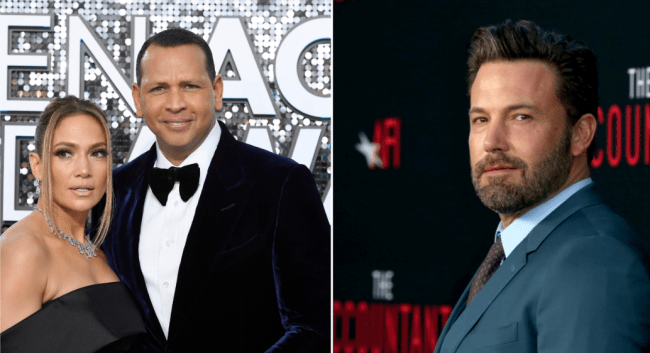 Alex Rodriguez is apparently down bad about the Jennifer Lopez-Ben Affleck news.

On Monday afternoon, E! News reported that J-Lo and Affleck spent the week together vacationing in Montana with Affleck and that their “chemistry is unreal.”

17 years after calling off their engagement, Jennifer Lopez and Ben Affleck are back: “The chemistry is unreal." https://t.co/1JVBeh1eMs pic.twitter.com/1T4HJwZHg3

A-Rod has reportedly reacted to the news and he’s not too happy about it. According to E!News, the former MLB player is currently saddened and shocked about J-Lo moving on with Affleck because he felt there was a shot he could get back together with Lopez.

A-Rod is shocked that J.Lo has moved on,” the source reveals. “He truly thought they would be able to make it work and reconnect. He has been reaching out to J.Lo trying to meet with her and she has been very short with him.”

According to the source, Alex is “saddened” about J.Lo’s reunion with the Justice League actor, so much so that he’s reached out to her to let her know “he’s upset.”

As the insider summed it up, “She’s not interested in rekindling anything with A-Rod and is done.”

This news isn’t surprising considering A-Rod has put up sad/depressing posts about his breakup with J-Lo on social media.

He tagged Jlo too pic.twitter.com/VV1r3KgZhX

Seems like A-Rod is really regretting DMing Madison LeCroy on the down low while he was still together with J-Lo right about now.