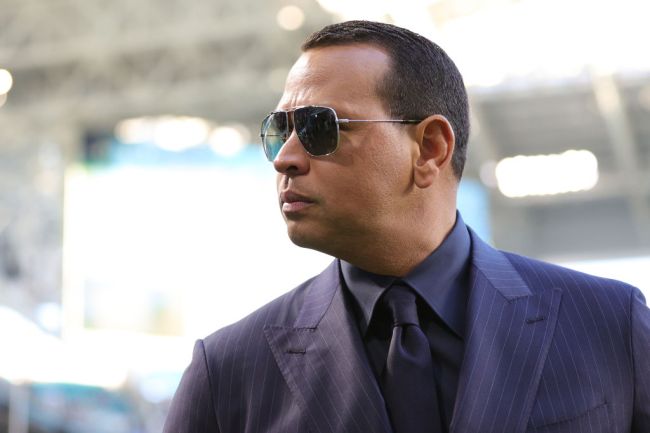 After a hellish year, God gifted the east coast with the shittiest stretch of fourth of July weather since the ink dried on the Declaration of Independence. We get it Dude, you’re in charge.

Most of us spent the 4th huddled under an umbrella while Dale overcooked the burgers and our spouses droned on about the tragedy of wet hair.

While we tracked mud through Steve’s dad’s beach house, e-commerce billionaire and Sixers/Devils owner Michael Rubin was hosting the a 4th of July White Party at his $50 million Bridgehampton estate that made Coachella look like a soup kitchen.

“the party was epic, even for the Hamptons,” a source told Page Six.

Rubin had sent out bottles of Ace of Spade as invitations in custom white cases for the party. It worked. The guest list, which was hard-capped at 250, featured virtually no one who isn’t Instagram verified.

Alex Rodriguez, fresh off broadcasting the Mets 10-5 win over the Yankees, hopped in a helicopter and made the grandest of entrances.

Surprise to no one: arriving via helicopter to a party is the ultimate aphrodisiac.

“A-Rod came to the party with his nephew Nick [Silva, who works at the star’s A-Rod Corp],” a spy told us. “He goes and sits with Jay-Z, Robert Kraft and Rubin. Alex had not seen Jay since the pandemic started. Then all these girls surrounded their table. It was literally a bevy of beauties trying to get to Alex.”

However, “all Alex was doing was chilling with his nephew and Jay,” the spy said. “He knew what was going on, but he kept to himself.”

While A-Rod was blissfully ignoring women who wouldn’t spit on me if I were on fire, other guests were enjoying “a full-on music festival” that spontaneously broke out after Travis Scott “went up to the DJ booth and started performing an array of his songs and turned the party up.”

Then, “Tinashe, Lil Baby and Megan Thee Stallion performed as fireworks went off on the beach,” and, “Megan, Lil Baby, Kid Cudi and Lil Uzi Vert all performed together for like 45 mins.”