Alex Trebek Admits To Surges Of ‘Deep, Deep Sadness’ In His Battle With Pancreatic Cancer 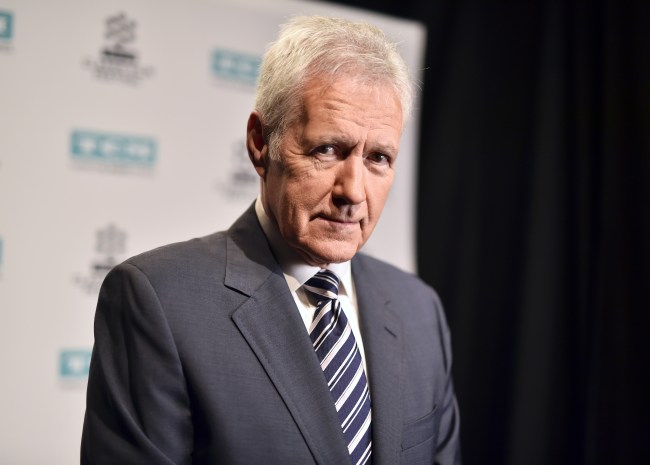 The 78-year-old engaged in an interview with Good Morning America on Wednesday and detailed the physical and emotional struggles he’s facing as he’s cycling through rounds of chemotherapy.

Speaking with two-time cancer survivor Robin Roberts, Trebek revealed that the chemotherapy has been the most difficult battle thus far, as it brings with it waves of ‘deep, deep, sadness.’

“My oncologist tells me I’m doing well, even though I don’t always feel it,” Trebek admits. “I’ve had kidney stones. I’ve had ruptured disks. So I’m used to dealing with pain. But what I’m not used to dealing with is the surges that come on suddenly of deep, deep sadness. It brings tears to my eyes. I’ve discovered in this whole episode, ladies and gentlemen, that I’m a bit of a wuss. But I’m fighting through it.”

“Chemo affects people in different ways, and people have to understand that. There’s nothing wrong with saying, ‘Hey, I’m really depressed today, and I have no idea why. I have to get strong. Chemo takes it out of you. I feel so weak all the time, and that’s not a good place to.”

Trebek revealed that his platelets, blood count, and weight is steady and the cancer indicators are coming down, but he still has a long way to go.

“It is something I am inflicted with. We are dealing with it chemically and spiritually and those are positives. Hopefully everything is going to turn out well, and I’ll be back on the air with original programming come this September.”

Listen to Trebek speak about it below.

.@Jeopardy host #AlexTrebek to @RobinRoberts after being asked how he is doing: “My oncologist says I’m doing well even though I don’t always feel it.” https://t.co/YUdvo8InwJ pic.twitter.com/T1toOLcmUm