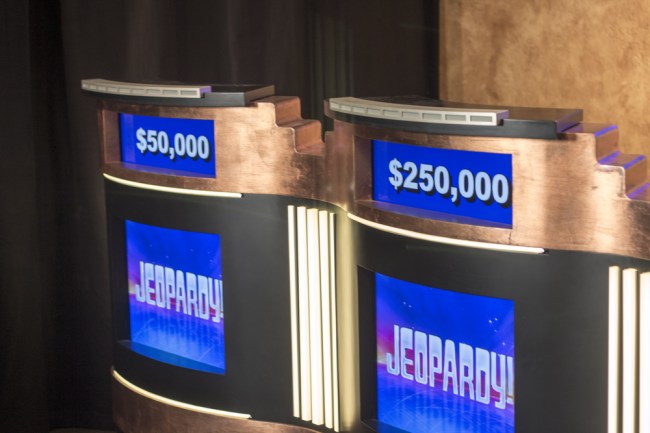 Alex Trebek is one of the most composed people on TV. Throughout the history of Jeopardy!, there have certainly been times when Alex Trebek cracked jokes which made people squirm but there’s never been a time when he’s really let it all hang out, proverbially speaking.

In a recent interview with the Daily Beast, the Jeopardy! host told a story of the time he accidentally ate 5 hash brownies and was basically incapacitated for over a day.

As the story goes, when Trebek first arrived in California, he attended a swanky party at a friend’s beach house in Malibu and came across some delicious-looking brownies on display. Now Trebek, despite at one time resembling a ’70s porn star, was no hippie and hadn’t dabbled much in recreational marijuana, let alone potent edibles. So needless to say, he had no idea what he was in for.
“It was by accident! I didn’t know what they were,” he tells me. “I had just arrived in California and went to a friend’s house for dinner, and there were brownies. I love brownies—I’m a chocoholic—and I didn’t realize that they were hash brownies. And… whoa. That threw me for a loop. I took down about a half-dozen. The dinner party was on a Friday, and I was not able to leave that house until Sunday afternoon. I spent the next day and a half in bed. It was not a good trip, and I have not done any of that stuff since!” (via)

It’s hard to imagine Alex Trebek as a party animal but then again it’s hard to imagine him as a younger man, and everybody in Hollywood back in the 70’s partied hard. That’s a fact. Somewhat related, if you want a great ‘Weed Brownies‘ recipe that won’t put you down for 2 days just follow that link.

You can check out the full Alex Trebek interview on the Daily Beast by following that link.