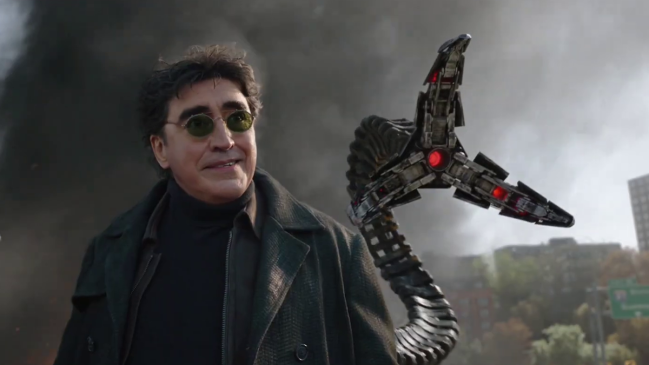 Despite how many Spider-Man movies and villains there have been, Molina’s version of Doc Ock remains an all-time fan-favorite, which has obviously led to speculation that the character could return in future Spider-Man installments.

Molina himself certainly seems to be game, as he recently teased that he could be open to yet another appearance in the Marvel universe. When asked by Vanity Fair whether or not he’d be interested in returning as Doc Ock, Molina — like a true comic book movie veteran — said he could “neither confirm nor deny” any potential interest in reprising his role as Doctor Otto Octavius.

The direction that Marvel and Sony take Spider-Man in the coming years is certainly a topic of conversation amongst fans as the agreement between the two studios is nearing its end (there have been rumors of Tom Holland re-upping his deal although nothing official has been announced).

Still, given the massive success of Spider-Man: No Way Home (and with Bob Iger back in charge at the Mouse House), a deal between the two certainly feels like a matter of when and not if given the amount of money to be made.

In addition to the returning villains, Spider-Man: No Way Home — currently the sixth highest-grossing movie of all time — also stars Benedict Cumberbatch, Zendaya, Benedict Wong, Tony Revolori, Marisa Tomei, Andrew Garfield, and Tobey Maguire. While the movie has yet to make its way to Disney+ given all of the bureaucratic red tape that Spider-Man is tied up in, it’s currently streaming on Starz.