Communist China Wanted The Statue Of Liberty Erased From ‘Spider-Man: No Way Home’ 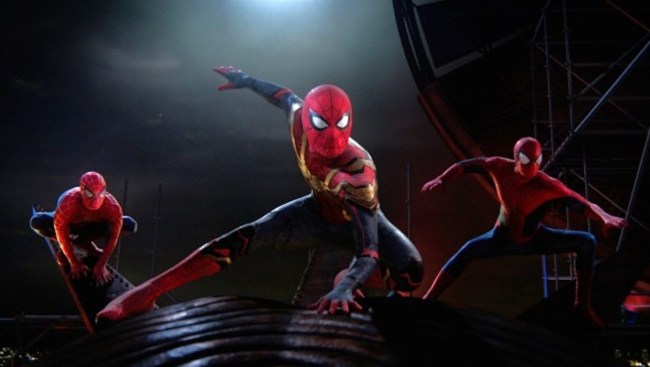 After a few years of major struggles at the box office, the billion-dollar movie returned last December with the release of Spider-Man: No Way Home: the first movie to top the one-billion-dollar mark since 2019’s Star Wars: The Rise of Skywalker.

The film — which famously featured the return of Tobey Maguire and Andrew Garfield as their respective versions of Spider-Man — racked up a whopping $1.8 billion at the global box office despite not releasing in China, one of the world’s biggest movie-going markets.

No Way Home certainly isn’t the only recent Marvel film to play in China, as Black Widow, Eternals, Shang-Chi And The Legend Of The Ten Rings, and Venom: Let There Be Carnage were all barred from playing in Chinese theaters.

China wanted the Statue of Liberty removed from Spider-Man: No Way Home

While China has long been known for having bizarre reasons not to approve the release of American movies, the story behind the No Way Home decision may be the most egregious yet, as the country reportedly wanted Sony and Marvel to remove the Statue of Liberty from the film. The Statue of Liberty, of course, is where the film’s final third-act battle takes place.

“According to multiple sources, when the authorities got back to Sony, they had a request: Delete the Statue of Liberty from the ending of the film. Yes, seriously. As anyone who’s seen No Way Home knows, the entire climactic action sequence takes place with a trio of Spider-Men swinging over and around Lady Liberty as they battle the supervillains. Plus, without getting too into MCU plot points, the Statue plays a larger role in the Marvel movies. It was an outrageous ask.” [via Puck News]

Sony and Marvel, wisely, did not acquiesce to China’s request. Their loss.