Upcoming ‘Alien’ TV Series Will Bring The Chaos To Earth: ‘What Happens If You Can’t Contain It?’ 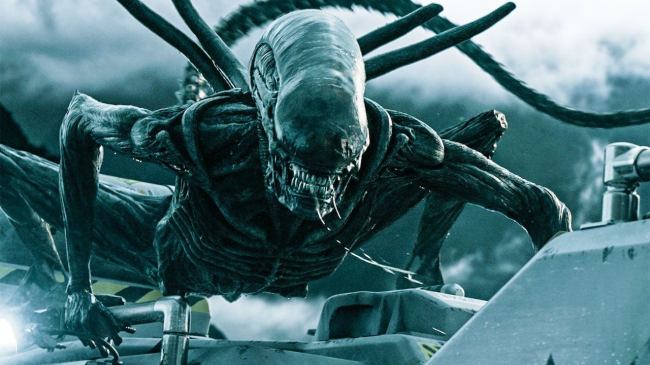 A couple of months ago, I had the opportunity to interview Guy Pearce. As I always do before a big interview, I dive back into the subject’s filmography and rewatch all of my favorites in order to gather my questions. So, in preparation to speak to Guy, I watched the following flicks: L.A. Confidential, Memento, The King’s Speech, Iron Man 3, Lawless, and Prometheus, Ridley Scott’s wildly underrated and misunderstood Alien prequel. And, man, let me tell ya… what an absolutely gnarly movie that is. Just white-knuckling through your discomfort for the entirety of the film. That is an effective thriller.

Following my Prometheus rewatch, I simply had to dive back into the franchise as a whole, and in the process, I wound up renewing my love of the iconic space-horror franchise. Luckily for me and fans of Alien everywhere, the iconic franchise is set to return as Fargo and Legion creator Noah Hawley is set to bring a TV series set in the universe to FX in the coming years.

In a recent interview with Vanity Fair, Hawley confirmed that while Sigourney Weaver’s iconic Ripley will not appear, the series will be set on Earth this time as it answers the question of what happens when the Alien race cannot be contained.

“She’s one of the great characters of all time, and I think the story has been told pretty perfectly, and I don’t want to mess with it,” Hawley told Vanity Fair.

“The alien stories are always trapped… Trapped in a prison, trapped in a spaceship. I thought it would be interesting to open it up a little bit so that the stakes of ‘What happens if you can’t contain it?’ are more immediate.”

At this time, FX’s Alien series is aiming to begin production in the Spring of 2022.