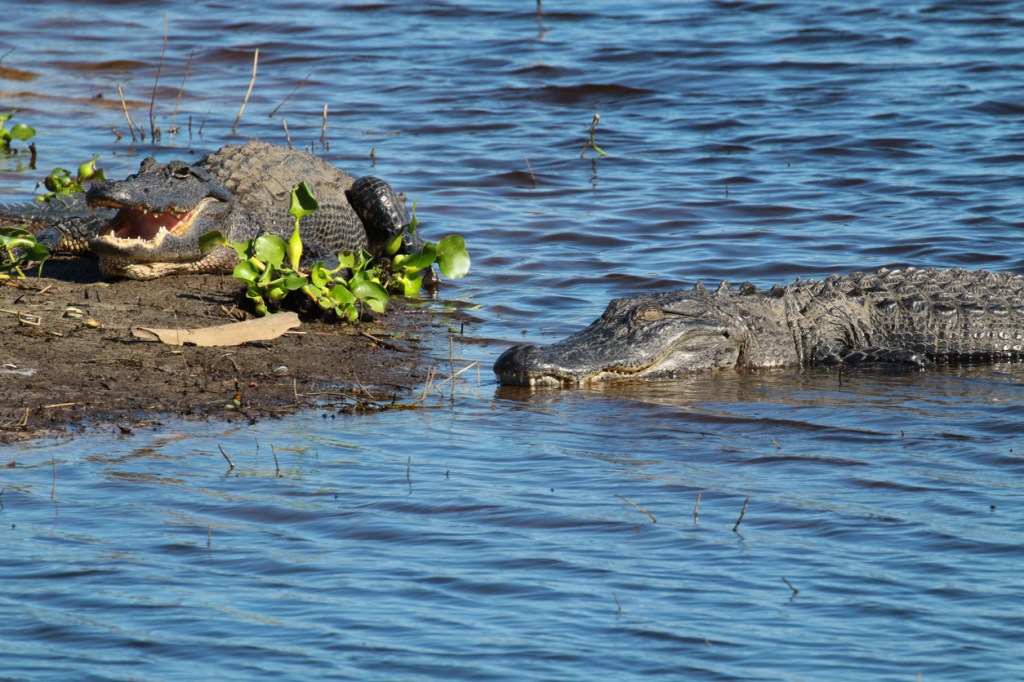 An avid Florida wildlife photographer captured an incredibly special moment on the Myakka River. He filmed a relaxed manatee swimming lazily behind a massive alligator in Myakka River State Park.

Recently, I took my 3.5-year-old son there for his first time just to sit on the bridge to try and spot alligators. We saw plenty of big gators, though not as big as the alligators out in the actual Lake Myakka, but we didn’t see anything quite like this. Side note: I haven’t heard someone say ‘it’s MY-akka, not Your-Akka’ in decades and I think it’s time Sarasota locals bring it back…

Manatee Filmed Swimming Behind A Massive Alligator Down Myakka River

Wildlife photographer Dennis Osha shared his footage with the world and it’s since gone viral. Here is his video of the beautiful manatee who has no natural predators swimming leisurely behind the massive alligator on the Myakka River inside the State Park. This footage was picked up by virtually ever local news outlet in the state of Florida as well as national outlets like USA Today‘s coverage of it here:

A manatee joined an alligator for a close swim at Myakka River State Park in Florida. pic.twitter.com/Y9qStxoGlA

You can also watch it here on the Fox 13 Tampa Bay Facebook page:

It didn’t take long for this stunning footage to go viral.

I’ve spent the bulk of my life living in this part of Florida and I’ve never been fortunate enough to see a manatee and alligator interact so closely like this. It is truly remarkable footage. And the comments on Facebook certainly reflect that.

People are throwing out wild theories about how this could be a daddy/mommy manatee chasing away an alligator. That’s definitely not the case. Manatees have no natural predators and don’t mess around with other animals. They live and let live. Well, aside from this manatee that recently stole a surfer’s surfboard on the other coast of Florida.

Plenty of people on Facebook are asking if the manatee was okay and if it survived. Again, they have no natural predators. Alligators don’t bother manatees. They just live alongside each other in harmony. So yes, the manatee was perfectly fine.

Myakka River State Park is definitely one of the hotspots to spot an alligator if you’re ever near Sarasota, Florida. These pictures from earlier in the year went viral after a MASSIVE alligator caught a large snook as a meal. Just follow the tweet below to check that out!

It was so cold in Florida the cold-blooded alligator briefly took a nap from eating the massive fish in its mouth https://t.co/YU2dsD1fYo