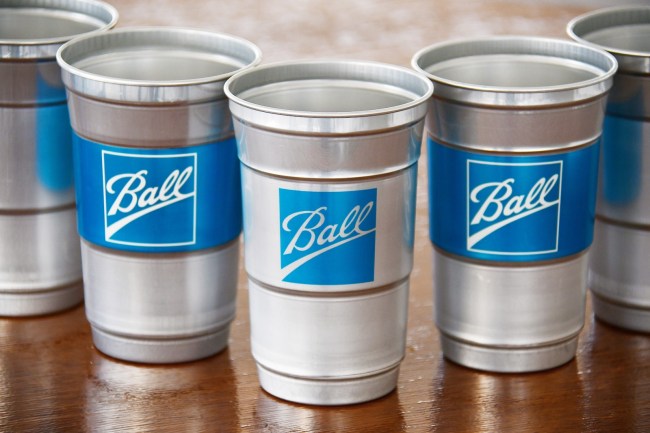 Beer pong is a rite of passage, and it’s rare to find a man or woman, of any age, who hasn’t at least once played the game.

But while the competition is a shared history and one which many people look back on fondly, well…it’s a pretty damn foul past time.

The typically cheap beer, the gross community cups, and even the disgusting ping pong balls that everyone in the party has touched at some point in the night – when they haven’t landed on the floor – beer pong probably passes on a ton of germs.

Thankfully, it will never be as disgusting as the typical Uber ride.

The company announced plans to manufacture and launch an aluminum cup.

The company says it can supplant the red Solo cups that dot college campuses and picnic tables around the U.S. with a product it calls “infinitely recyclable.” It also has eyes on the beer cups sold at major professional sports stadiums, some of which will start using the product this fall.

The Ball company also feels the product will appeal to the more eco-friendly drinkers in the world.

“We think they’re willing to make that choice,” said John Hayes, chief executive officer of the Broomfield, Colorado-based company. “They know we’ve polluted our world and they want to do something about it.”

Hayes said the cups will initially cost around 25 cents each. The typical red Solo cup runs about 17 cents per cup.

Now, the cups will initially be more expensive than the average sleeve of red Solo cups. However, the cups are washable and will last an entire semester, tailgate season, and possibly become drinkware in your first apartment.

The aluminum cups from Ball should be available in retail stores by 2021.