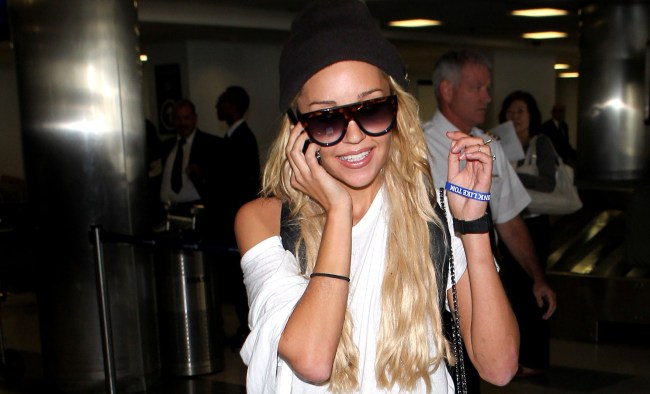 Troubled former Nickelodeon star Amanda Bynes and her fiance of just three weeks, Paul Michael, have called off their engagement to be married. No word on who got the $49 engagement ring.

The 33-year-old actress had previously announced to the world on social media that she was officially engaged to the “love of her life” and showing off a massive emerald-cut engagement ring that apparently wasn’t real and cost $49 on Amazon, according to TMZ.

“Hey everyone, this is Paul, my fiance. I’m so lucky. As you can see, he’s drop-dead gorgeous. He’s also the best person on the face of the Earth,” Bynes said at the time.

There had been speculation that the 29-year-old Michael was already married or that the engagement was fake, plus there is the fact that Bynes, who now has two heart tattoos on her face, is still under a conservatorship can’t legally get married unless the judge and her mom, the conservator, officially sign off on it.

That was a problem since it was reported that Bynes’ parents had never met Michael who Bynes had only met just a few months ago while they were in rehab together.

Michael confirmed the breakup to InTouch Weekly, “We did. I love her though, she’s my best friend.”

Bynes has since deleted any reference to Michael on her social media accounts. Her most recent post on Instagram was a celebration of being sober for 14 months now. So congratulations are certainly still in order for her.

Bynes, who graduated from California’s Fashion Institute of Design and Merchandising in 2019, recently reiterated that she is still planning on launching her own line of clothing.