Amanda Bynes Announces She Is Engaged To The ‘Love Of Her Life,’ But Is The Mystery Man Already Married? 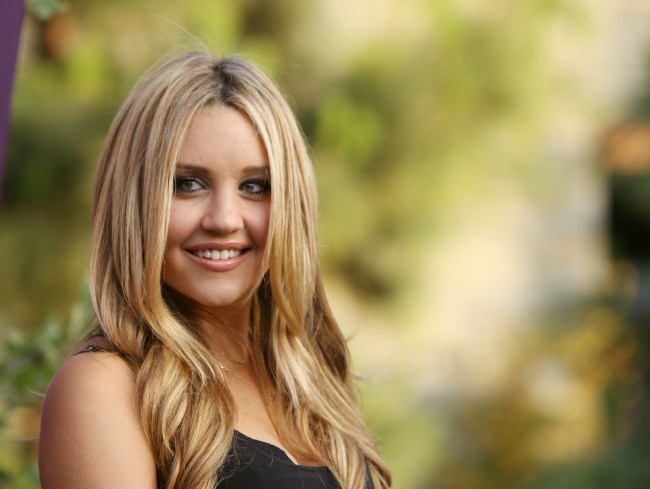 Amanda Bynes announced that she is now engaged on Instagram. But there’s one tiny question: Is he already married?

Love was in the air on Valentine’s Day, so much romance that Amanda Bynes got engaged. On Friday, the former child actress shared a photo of her wearing a massive emerald-cut engagement ring on Instagram with the caption: “Engaged to tha love of my life.” No, it is not Drake.

It appears that her new fiancé proposed to her during a romantic Valentine’s Day dinner. It appears her man got her flowers and a dinner, possibly a veal or pork cutlet with mashed potatoes.

The identity of Byne’s future ex-husband is not known, but The Blast reports that he is in his 20’s, who lives in the San Fernando Valley. The two lovebirds met in AA classes, and have only known each other two to three months. The 33-year-old Bynes is currently under a conservatorship, and isn’t allowed to get married unless a judge gives her permission.

This is so weird, but par for the course as far as Amanda Bynes is concerned. This comes two months after the former Nickelodeon star debuted her heart-shaped face tattoo.

Many of her fans were hoping that the misshapen heart tattoo on her face was fake, but last week she posted another pic of her face ink, and it appears to be the real deal. The photo also seems to show her large engagement ring, but she’s wearing it on her right hand.

Bynes has struggled with drug abuse and mental illness after her successful run as a child star. She has said that she is now sober, and recently moved out of a sober living facility. The She’s The Man star allegedly moved in with her parents until she can find her own place.

In December, Bynes reportedly dropped out of the Fashion Institute of Design and Merchandising in Los Angeles. Amanda graduated in June with an associate’s degree, but had returned to get her bachelor’s degree in fashion.

Good luck to the happy couple! And let’s hope Amanda didn’t just get engaged to a dude who is already married. Also, it appears that Amanda’s offer to Drake from 2013 has expired.

YO! Amanda Bynes finally clears up the "Drake murder my vagina" tweet, and she keeps it TOO real. LOL pic.twitter.com/WiaiNoedtx