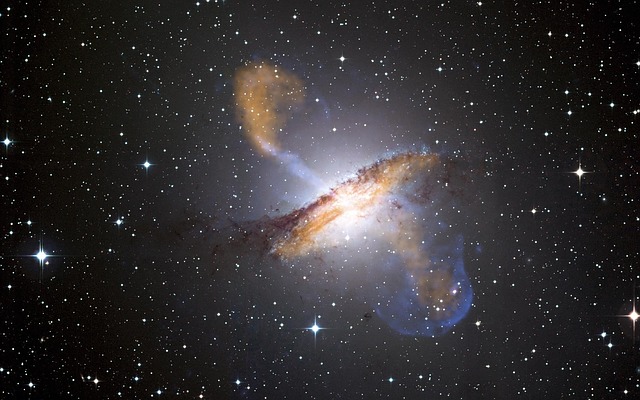 What great accomplishments have you achieved? Eat a dozen Krispy Kreme donuts all by yourself in 30 minutes? Drink 3/4’s of a bottle of Tito’s Vodka and then later urinate on your nightstand because you drunkenly thought it was the toilet? While you may have been proud of these achievements, they’re not exactly progressing humanity. One amateur astronomer actually accomplished something that will benefit humankind and it has never been done before.

Victor Buso bought a new camera and went to a rooftop in Rosario, Argentina to capture some photos of space. Buso, who is a locksmith by day and an amateur astronomer by night, made an extraordinary and unprecedented discovery that huge astronomy observatories around the globe missed. On September 20, 2016, the 58-year-old Buso used his 15.7-inch Newtonian telescope to discover the birth of a supernova, a phenomenon that humans have never documented before.

With his amateur equipment, Buso was able to see a spiral galaxy called NGC 613, which is over 86 million light years away. Over an hour and a half, Buso snapped photos of the galaxy. Oddly, a bright light appeared directly below the spiral and it kept getting brighter and brighter. Buso knew this was not normal so he reached out to fellow amateur astronomer Sebastian Otero. He agreed that this was something incredible and they reported the discovery to the Transient Name Server, a database of observations of transient astronomical events like supernova.

Once the report was published, professional astronomers with better telescopes and access to observatories were able to verify and document the supernova. The professional astronomers confirmed that it was a supernova and named it SN 2016gkg. However, this was special because Busa had captured the birth of a supernova. Nobody on Earth has ever documented a galaxy moments before a star exploded. Buso’s discovery was published in the scientific journal Nature where it was celebrated as a “serendipitous discovery.” Scientists estimate that the star that exploded and caused the supernova was approximately 20 times the mass of the Sun.

A supernova is a “transient astronomical event that occurs during the last stellar evolutionary stages of a massive star’s life, whose dramatic and catastrophic destruction is marked by one final titanic explosion. This causes the sudden appearance of a “new” bright star, before slowly fading from sight over several weeks or months.”

Popular Science explains just how extraordinarily rare of a discovery that this amateur astronomer made. The supernova only had an observation time of one hour and supernovas are estimated to only happen in a galaxy once every 100 years. Not to mention that Buso was in a city where light pollution severely decreases the ability to see into deep space.

Trained professionals with access to the best equipment on the planet and money funding their research have never made this type of discovery, but some dude on his roof playing astronomer was able to do the unimaginable. An amazing right time, right place scenario, but Buso was smart enough to realize that he had discovered something spectacular and to let the world in on his stunning discovery.