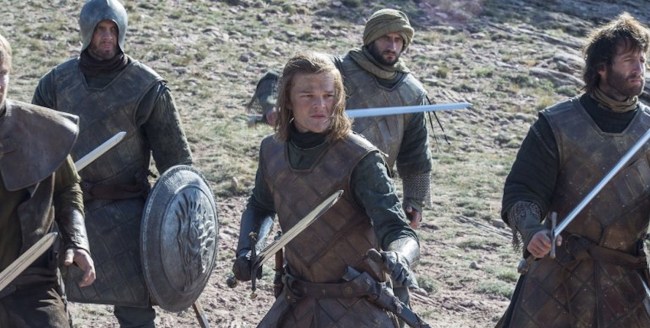 Despite already being renewed for a second season, Amazon’s upcoming Lord of the Rings has been shrouded in mystery, as the series cast and release date has yet to be revealed.

Originally announced in November 2017, there has been close to no official news regarding the highly-anticipated series until this week, as it has been reported that Game of Thrones actor Robert Aramayo has been cast in the starring role.

Aramayo takes over for Will Poulter (the kid with the eyebrows from We’re The Millers), who was previously in negotiations for the role but had to exit the project due to scheduling conflicts.

Aramayo will be the series’ lead, playing a heroic character named Beldor. According to Deadline, “the series, which Set in Middle Earth, will explore new storylines preceding J.R.R. Tolkien’s The Fellowship of the Ring.”

The series, from showrunners JD Payne and Patrick McKay, will be set in The Second Age of Middle-earth and follow a new set of characters. Jurassic World: Fallen Kingdom director J.A. Bayona was tapped to helm the first two episodes, though production went on a 4-5-month haitus as Amazon green lit an early season 2 renewal.

Aramayo recently had a role on the latest season of Netflix’s Mindhunter and will appear in The King’s Man, the latest entry to the Kingsman movie franchise [via Entertainment Weekly].

At this time, while the rest of the cast has yet to be officially confirmed by Amazon, the series is believed to include actors such as Ema Horvath, Markella Kavenagh, Joseph Mawle, and Morfydd Clark.