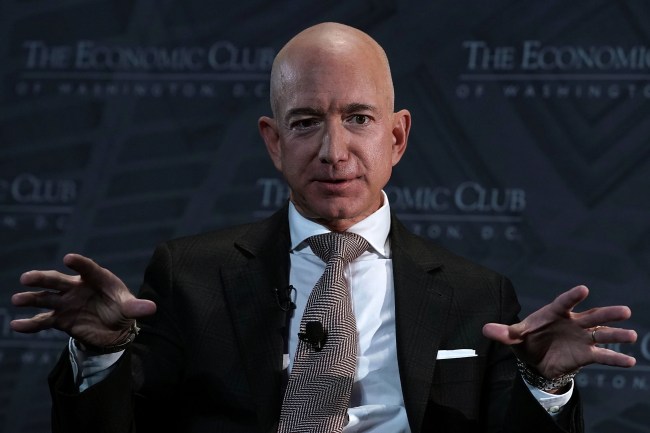 Despite claiming ignorance, Amazon—the Harvard of companies—is aware that its drivers are relieving themselves along the route like the huskies of the Iditarod:

Documents show Amazon is aware drivers pee in bottles and even defecate en route, despite company denial https://t.co/bOsqvr5UAc by @kenklippenstein

The practice, these documents show, was known to management, which identified it as a recurring infraction but did nothing to ease the pressure that caused it. In some cases, employees even defecated in bags.

“Every single day of my shift, I have to use the restroom in a bottle to finish my route on time. This is so common that you’ll often find bottles from other drivers located under seats in the vans,” said a Houston-based driver associate who works for an Amazon contractor.

“Have to use the restroom in a bottle.”

Sounds kinda cute, almost. As though there’s a miniature toilet inside the bottle, like those wooden ships you see in bottles, with the tiniest flush handle and pipes as thin as wires. Better set that spray to a fine jet and hope your aim is on point!

Beyond that, peeing in bottles isn’t a huge deal. Uh, ever play sports as a kid and take a long bus ride back after the game? Fairly sure that Gatorade specifically chose the shape of its wide-mouthed bottles to enable even the girthiest of shortstops entry. Not to mention the lemon lime flavor looks like urine on the shelf, albeit multi-vitamin-enriched urine.

What’s not cute, however, is the image of taking over a shift and finding bottles and bags of someone else’s piss and poop rolling around with every turn. I don’t even like sitting down in a seat that is still warm from the previous occupant. Multiply that by 100 factors of nightmare fuel when their discharge bottles/bags are sloshing and sliding under the brake pedal.

And no—dumping in a bag is never cool. Not in little league, not now. I’ve never heard of that.