Amazon Is About To Jump Into The Ticket Sales Game, Posing A Serious Threat To Ticketmaster 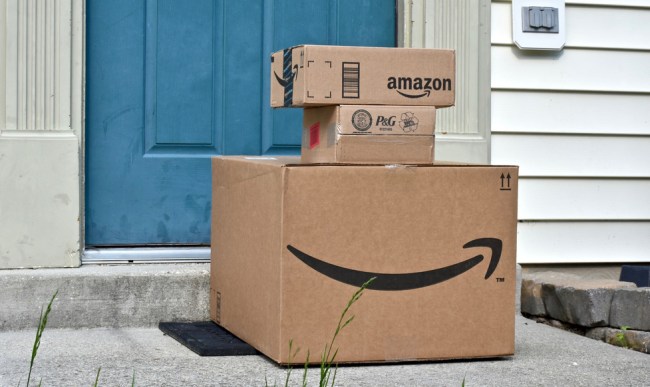 Amazon’s quest for true world domination marches on, with Jeff Bezos reportedly eyeing a new niche in his corporate crosshairs: The event ticket industry, traditionally monopolized by Live Nation’s Ticketmaster. This is great news for consumers and frequent concert goers — Thanks to ridiculously expensive and asinine service fees tagged onto the face price of event tickets, the Ticketmaster empire is one of the most hated businesses in all of America. Maybe — just maybe — Amazon can change that:

Amazon.com Inc is seeking to partner with U.S. venue owners to sell event tickets, four sources have told Reuters, a move that could loosen Ticketmaster’s powerful grip on the lucrative ticketing business.

Access to tickets could be another means to lure members to the Amazon Prime shopping club. For music acts and sports teams, selling tickets through Amazon could help sell their merchandise.

Currently Ticketmaster, owned by Live Nation Entertainment Inc, is the exclusive seller of primary tickets for many top venues in the United States. Would-be challengers have struggled to compete in the face of Ticketmaster’s strong relationships with the operators of major U.S. sports stadiums, arenas, concert halls and other venues.

Personally, I’m a big fan of a world where I can buy Gatorade Whey Protein Recover Bars, a string of lightbulbs, and tickets to see Fleetwood Mac with Stevie Nicks at the Rose Bowl via my Amazon account.

That said, I’m skeptical: Live Nation (and, similarly, AEG Live), are vertically-aligned conglomerates that own many of the venues they sell tickets for. Live Nation and AEG are able to maximize revenue across all aspects of the events/concert promotion industry, from the cost of the ticket to the beer you’re buying at a show. In order to truly be competitive in the industry, Amazon will need to figure out how to gobble up multi-million dollar venue contracts in order to gain exclusive rights to ticket sales on it’s platform. In the concert industry, they can probably make some headway with independent venues like Merriweather Post Pavillon in Maryland or the brand new Levitt Pavilion in Denver (and, while we’re at it, just straight up acquire TicketFly for a pile of Amazon stock + cash from Eventbrite).

As Reuters suggests above, Amazon will *probably* roll out ticket sales in a way similar to how AMEX does as a perk of membership for Prime members. If you’re a member of Prime, you get first dibs at a premium ticket pie before the general public does.

Will that cause ticket prices to go down? Probably not. But at least it will add some diversity to the marketplace for consumers.

And, while they’re at it, maybe Amazon can help McGregor and Mayweather sell tickets to their ridiculously overpriced bout next week?

Then again, who wants to pay all that money to watch something so lopsided in Mayweather’s favor?