Amazon Working On ‘Top-Secret’ Project To Make Home Robots That Follow You Around By 2019: Report 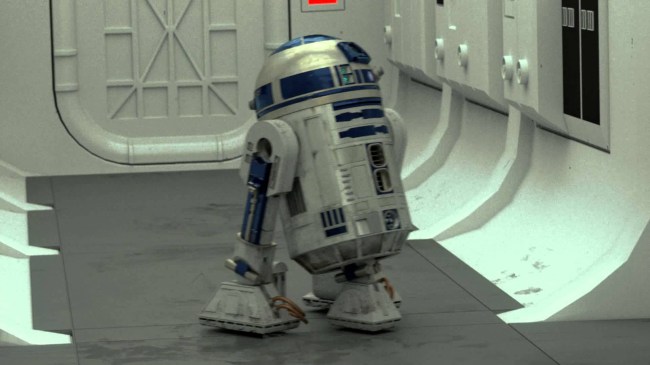 Amazon already has an army of personal assistants with artificial intelligence in your home to listen to every word you speak and provide a vast amount of information at your beckoning. But now a new line of Amazon robots are coming to your home to start the robot resistance, I mean, to tell you the weather no matter where you are in your house. A new report says Amazon is working on a top-secret project to make home robots and they will be in your house by 2019.

The Amazon Echo debuted on November 6, 2014, and since there has been a bevy of Echo models for the home. The next version of Amazon’s home electronics will be a domesticated robot that follows you around your home to answer your every yearning. According to a report by Bloomberg, the top-secret project is codenamed “Vesta,” named after the Roman goddess of the hearth, home, and family.

“Gregg Zehr, who runs Amazon’s Lab126 hardware research and development division based in Sunnyvale, California,” Bloomberg reports. “Lab126 is responsible for Amazon devices such as the Echo speakers, Fire TV set-top-boxes, Fire tablets and the ill-fated Fire Phone.” Apparently, the Vesta project began a few years ago, but suddenly Amazon has been on a hiring spree for the project with available jobs such as “Software Engineer, Robotics,” and “Principle Sensors Engineer.”

The domestic robots are expected to be tested out in the houses of Amazon employees by the end of this year and could be in your house by 2019. The robots are believed to be a mobile version of the Echo with Amazon’s smart assistant Alexa. The robots will have advanced cameras and computer vision software like a self-driving car so it can safely navigate through homes. So it has microphones and cameras and follows you into the bathroom? Why does this sound like a bad idea?

If you need a robot to follow you around so you don’t have to use your convenient mobile phone to order toilet paper from Amazon, then perhaps you have bigger problems. Now to the important matters. Do you think the domestic robot will look more like a Roomba, R2-D2 or Paulie’s robot from Rocky 4? Let’s hope for the latter.