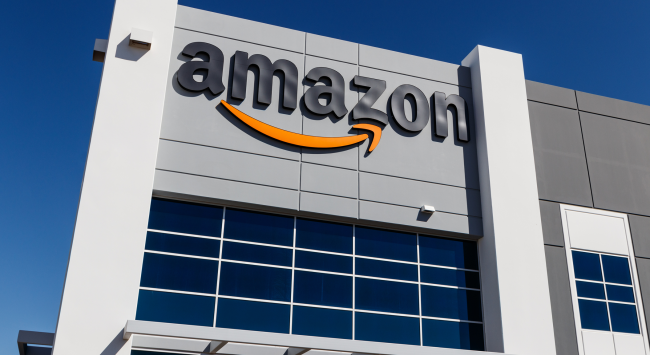 May is Mental Health Awareness Month. You would know that if you followed Ryan Reynolds on social media. The folks in charge over at Amazon also know this. I think.

I’m not 100 percent sure because, as numerous people on Twitter have pointed out, rather than “treat their employees better” or “pay people a living wage” or “reducing workers’ exploitation,” they have instead rolled out something they are calling a ZenBooth.

As part of Amazon’s commitment “to ensuring everyone’s safety and well-being every day” and the company’s new WorkingWell Program, these ZenBooths or AmaZen stations as they are also called, are supposed to guide “employees through mindfulness practices” using “short videos featuring easy-to-follow wellbeing activities, including guided meditations, positive affirmations, calming scenes with sounds, and more.”

They look like extra large porta-potties. Amazon deleted its tweet about the ZenBooths overnight, but, you know, internet.

I generally have a poor reaction to mindfulness initiatives but the ZenBooth is particularly chilling https://t.co/Pj8REedsbm

“Self-care is important, and AmaZen gives me an opportunity to take time for myself to just pause and regroup which helps me be better at work,” says Katie Miller from an Amazon fulfillment center in Etna, Ohio. “When I take that time, I come back to work more focused, and it has a lasting effect on the rest of my day.”

Listen, I get it. I want my free* two-day shipping for a tube of toothpaste and some new socks as much as the next guy (*with Amazon Prime subscription), but really? A dystopian ZenBooth? That’s part of the answer?

“Amazon takes our safety very seriously, and my managers have made it clear to me it’s more important than anything, even productivity and quality,” said Jeffrey Ku, operations employee at an Amazon fulfillment center in Aurora, CO. “WorkingWell is an extension of that — it makes sure we’re taking care of our minds and bodies. It encourages us to make positive changes to how we work, and since I started watching the program’s health and safety videos, I’ve incorporated a stretching routine into my day.”

I’m sorry. That’s all great for those two Amazon employees the company found to give them those quotes, but it seems unlikely that a ZenBooth or AmaZen station is going to protect employees from things like committing suicide, being exposed to a pandemic, having to pee in a bottle, or stop executives from attempting to deceive the public regarding the rising injury rates among Amazon’s warehouse workers.

Those aforementioned people on Twitter who are criticial of this new ZenBooth program, however… they have some ideas for Amazon.

Or you could pay your employees well, not treat them like garbage, and accept unionization.

But sure, a Futurama suicide booth works too.

Imagine working for a company so dystopian where conditions are so awful that they need to put a cry closet in the middle of the floor, and the company tries to sell it as a badge of honor.

It's absolutely phenomenal that this isn't satire or an April Fool's prank.

How disconnected from reality was EVERY SINGLE PERSON INVOLVED IN THIS TWEET? Nobody at any point said "hey guys maybe a phone booth with plants will make us look really stupid", y'all just ran with it

Maybe instead of a wagie cagie to prevent your workers from wanting to fucking kill themselves, which I doubt will do anything for that, why not instead improve their morale by giving them any form of benefit to working for you? Like maybe a decent wage and raises???

I’m going to do heroin in this thing

Imagine working in a place where this is deemed necessary

shout out to the first disgruntled amazon worker that will eventfully take a literal shit in one of these.

But sure, this ZenBooth is a stellar idea, Amazon. Keep up the good work.