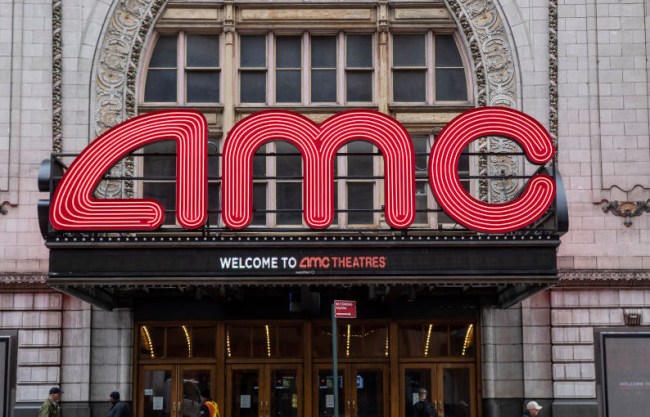 This summer was slated to be STACKED with blockbusters, including Daniel Craig’s last dance as James Bond in No Time To Die and Tom Cruise’s glorious return as the man to the right of the colon in Top Gun: Maverick. I was incredibly amped for what was on the slate but the list of planned releases was one of the countless things impacted by this meddling pandemic, which resulted in the newest Bond getting pushed to November and the Top Gun sequel being put in a holding pattern until the following month.

Thankfully, after a seemingly endless period of time that my calendar claims has only been three months, we may soon be able to wake up from this cinematic nightmare, as The New York Times reports AMC Theatres is planning on reopening “almost all” of its locations in the United States when July rolls around.

The movie-going experience will be notably different than what most of us are used to, as the chain will screen films at a limited capacity, do what it can to get viewers to wear masks, and may even instruct customers to arrive at staggered times to reduce crowds in the concessions area.

AMC will still need approval on a state-by-state basis, but assuming things go smoothly, it could provide the escape most of us need right now (assuming you’re willing to look past lingering health risks).

I’ve personally been holding onto a sliver of hope that Christopher Nolan’s new time-traveling spy thriller Tenet will hit theaters as scheduled on July 17 and this seems to be a positive development on that front. Nolan’s movies are known for being visual spectacles and I really want to see Tenet on an enormous IMAX screen if possible so I can fully appreciate it (even if I have to wear a Chernobyl-grade hazmat suit to do so).

To supplement the void created by the spate of postponements, AMC will also reportedly hold screenings of classic movies when the theaters initially open and I can’t say I’d say no to the chance to see some older favorites on the big screen.

However, as we’ve learned all too well in 2020, a lot can change in one month, so you might not want to get too excited just yet, as there’s no telling what the state of the world will look like in a few weeks.

In the meantime, I’ll be keeping my fingers crossed.