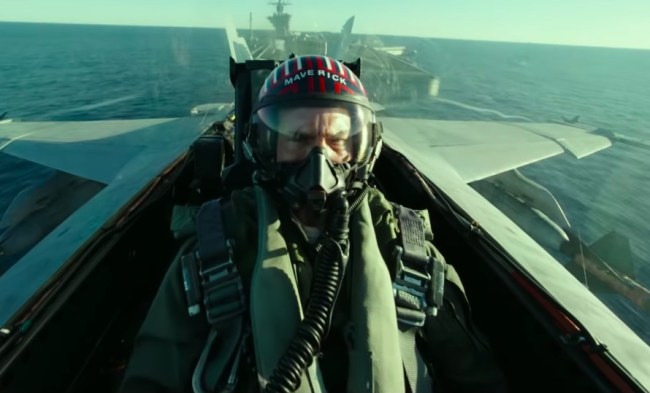 Top Gun was released on May 12, 1986, and we expected to see the much-anticipated sequel very soon. However, just like everything else, Top Gun: Maverick will be postponed.

On Thursday, Paramount announced that Top Gun: Maverick will be delayed FOUR months. The Navy fighter jet flick was scheduled to be released on June 24, however, the Tom Cruise-helmed movie will now have a release date of December 23, 2020. That is because movie theaters have been deemed to be “non-essential” and closed around the country, the Top Gun sequel will be postponed several months.

“I know many of you have waited 34 years,” Tom Cruise wrote on Twitter. “Unfortunately, it will be a little longer. Top Gun: Maverick will fly this December. Stay safe, everyone.”

I know many of you have waited 34 years. Unfortunately, it will be a little longer. Top Gun: Maverick will fly this December. Stay safe, everyone.

I’d rather fly a cargo plane full of rubber dogshit out of Hong Kong than wait another four months for Top Gun 2. It would have been nice if Paramount released Top Gun: Maverick on time and available on PPV at home instead of waiting four months to get that movie theater money.