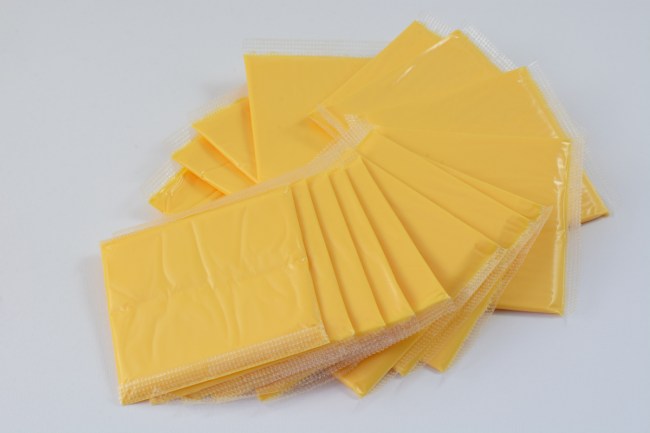 Few things are as ubiquitous and controversial as the humble orange slice of individually wrapped American cheese.

For some, it is a culinary staple. For others, it is cheese non-grata, a plasticky near-cheese unfit to sit atop even the most modest of sandwiches.

I, however, am thoroughly in the former camp. American cheese is the best cheese.

I’m not a real patriotic fella, but every time I bite into a burger with a slice of perfectly melted American cheese on top, I can hear the triumphant screeching of a bald eagle in the distance, saluting my choice of the coagulated dairy product.

The former presidents applaud in unison from the hallowed Valhalla that is Disney’s Hall of Presidents.

But let me be clear, American cheese is not a cheese of jingoism, far from it. All are welcome into its lactic embrace.

American cheese is the most inclusive cheese, ready to be used in far-ranging culinary delights.

Mild when it needs to be, but willing to step up at a moment’s notice.

Look at how it can adapt from the supporting role with the burger mentioned above to the main event player in a grilled cheese or macaroni and cheese.

Its versatility knows no bounds. In baseball, American cheese would be a five-tool player, the Willie Mays of cheeses.

No other cheese comes close to the real GOAT of cheeses.

Let’s examine some of the more common pretenders to the throne: provolone, which comes in either flavorless or vomit-inducing sharp; Swiss, with its ear wax or ear wax lite™ varieties; cheddar, which is like American cheese but worse; brie, sort of expired milk meets pudding cheese; and blue cheese, which is mold.

“But Thomas,” you cry, “what about mozzarella?” Have you ever had mozzarella in your fridge for more than a day? It’s already moldy.

What about the other processed cheeses like Velveeta, cheese wiz, and for the strange group of you living in St. Louis, Provel? None of these processed cheeses capture the spirit of cheese like American cheese does. They’re more oil than cheese.

Regarding provel, St. Louis Pizza is gross so, you can’t trust their cheese choices.

They don’t have anything negative to say about the taste or its perfect ability to melt. Instead, they’re caught up in the idea of it being “fake.”

And as a bonus, they’re wrapped individually for your pleasure. There is not a finer food product to be found.

As I write this, ready for the onslaught of cheese-based abuse about to be hurled my way.

I’m trying to figure out whether or not I want cheese dogs, nachos, or grilled cheese for dinner. I’ll probably eat like six slices out of the wrapper because it’s that good.