Americans Now Spend Nearly HALF Of Their Waking Hours Looking At A Screen, According To Study 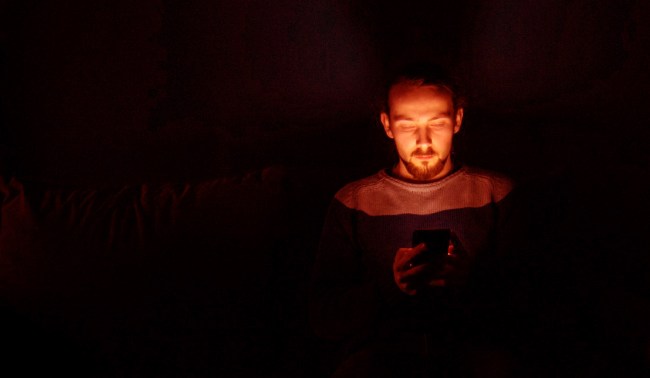 A new survey of 2,000 people into the screen time habits of Americans revealed that whether it’s our phones, laptops, TVs, or tablets, screens are a significant element of everyday life.

Assuming the average American gets eight hours of beauty rest a night, that means they spend six hours and 43 minutes a day looking at a screen, or 7,956 days of their life.

And it’s only growing, as 79 percent of survey respondents report that their screen time has increased in the past five years, with 41 percent saying it has increased “a lot.”

The new study, conducted by OnePoll on behalf of CooperVision, a manufacturer of soft contact lenses and Biofinity Energys contact lenses, found that half of Americans (49 percent) feel society has become more digital and screen-oriented in the past five years. It’s no surprise that our screen time has increased as a result, especially considering that 74 percent of employed Americans use a computer at their job.

Another contributing factor to the uptick in screen time is that a third of Americans (33 percent) also believe there is now a greater need to check social media than five years ago.

For most Americans, the first thing they do every day is look at a screen, with seven in ten Americans saying they check their phone immediately upon waking up in the morning.

Age plays a substantial role in the amount of time people spend on digital devices, with millennials being more screen-oriented than other generations.

According to the results, those aged 18-35 are nearly twice as likely to say they check their phone first thing in the morning when compared to those aged 55 and older (92 percent and 51 percent respectively.)

And the contrasts don’t stop there. Over half of millennials (58 percent) also feel anxious and irritated if they can’t check their phone, compared to just 21 percent of those 55 and older.

But looking at screens so frequently can certainly cause eye discomfort, with the average American reporting they can look at screens for a little over four hours at a time before absolutely needing a break due to discomfort, and having to take a screen break three times a day on average.

“We live in a digitally-connected world and these survey results show how digital devices have completely transformed our lives, no matter our age,” said Dr. Michele Andrews, a licensed optometrist with CooperVision. “Digital eye fatigue is faced by millions of Americans every day because of this non-stop screen time. It’s why CooperVision researchers invented Biofinity Energys® contact lenses, the first contact lens on the market with technology specifically designed to address some symptoms of digital eye fatigue, including eye tiredness and dryness.”

There’s also a chance your screen time is affecting how you feel.

Three in four (73 percent) report that looking at screens makes them feel physically tired, and 64 percent said they feel happier after they spend a long time not looking at digital devices.

But could it be affecting how you see? Over half (57 percent) of respondents who say they’ve had a noticeable decline in their quality of vision suspect it has something to do with their screen time habits.

1 Among patients who use digital devices at least 4 hours per day at least 5 days per week and self-report symptoms of eye fatigue at least once per week.

2. After one week of wear; data on file.