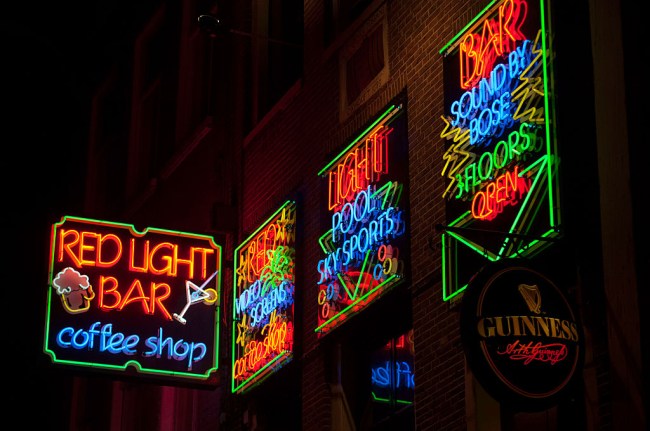 In 2012, Colorado became the first state in America to allow the sale of marijuana within its borders and proved that you can indeed make it easier for members of the general public to get their hands on weed without having the fabric of society ripped to shreds by people who just want to make eating a bag of Hot Cheetos while crushing a few episodes of Adventure Time a little more enjoyable.

As things currently stand, ten more states have followed in Colorado’s footsteps by legalizing weed and that number is only poised to grow, as experts estimate around a dozen more have a realistic shot at passing laws that would soon allow marijuana to be smoked in a recreational manner this year.

In addition to showing that taxing weed can provide a pretty impressive stream of cash, Colorado also experienced a massive boom in tourism thanks to the new law, as it estimates tens of millions of people who apparently don’t have “A Guy” have been motivated to make the trek over the past eight years in order to buy the various wares peddled by its dispensaries.

To say Colorado’s change of policy was a gamechanger for marijuana enthusiasts is a massive understatement, as up until that point, anyone who wanted to spark up and not have to deal with their smoking session derailed by getting irrationally anxious about a cop kicking down their door didn’t really have any other option than to book a trip to Amsterdam.

While weed isn’t technically legal in The Netherlands, the country’s biggest city has tolerated the use of the drug in its many “coffee shops” and tourists have flocked there for decades in order to blaze a joint before checking out some architecture or peeping the works of Vincent Van Gogh (or, as one of my friends once made the ill-advised decision to do, get high and go to the Anne Frank House).

However, according to CNN, some visitors may need to rethink their next vacation thanks to a proposed ban that would make coffee and assorted pastries the only thing tourists can purchase at some of Amsterdam’s most hallowed institutions as the city attempts to improve the quality of life for locals who aren’t thrilled with the crowd that’s currently being attracted.

Mayor Femke Halsema recently commissioned a study to determine the impact such a ban could have, and based on the numbers, he’d have to be an absolute moron to institute it, as 57% of the 1,100 people between the age of 18 and 35 who were questioned said access to weed is the top reason they traveled to Amsterdam (72% of respondents said they visited a coffee shop during their time in the city).

As a result, it seems doubtful that there will be a radical change in policy at any point in the near future, but if you’re planning on taking advantage of everything Amsterdam currently has to offer, you might want to buy your ticket sooner rather than later just in case.