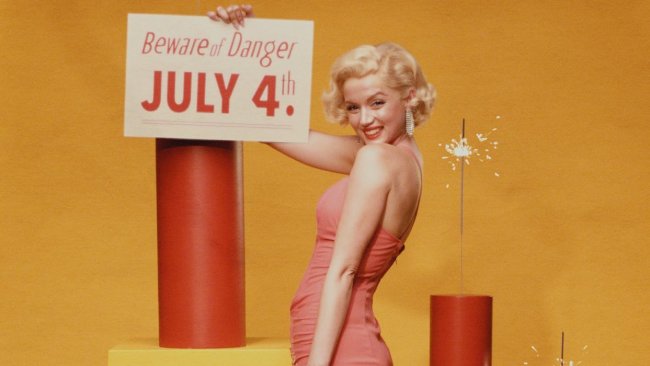 With Andrew Dominik’s Blonde set to hit Netflix less than two months from now, the streaming giant is beginning to ramp up its marketing for the Ana de Armas-starring potential awards season contender ahead of its premiere at the Venice Film Festival in early September.

Earlier this week, two vintage-style posters of de Armas as the legendary American actress and model were released, in addition to two new images from the film itself.

In one of the stills from the movie, de Armas’ Monroe can be seen alongside Adrien Brody’s Arthur Miller (the playwright that the actress famously dated), and in the other — a black and white shot — she’s seen arm-in-arm with Xavier Samuel as Charlie Chaplin Jr. and Evan Williams as Edward G. Robinson. The photos were released exclusively in Vanity Fair.

New vintage-style posters of Ana de Armas as Marilyn Monroe in ‘BLONDE’ have been released. pic.twitter.com/wrTmgkpDtC

In addition to de Armas — who can also be seen in The Gray Man, which just hit Netflix last week — Blonde stars Adrien Brody, Bobby Cannavale, and Julianne Nicholson.

The film is directed by Andrew Dominik, who has also helmed The Assassination of Jesse James by the Coward Robert Ford, Killing Them Softly, and a few episodes of Netflix’s hit series Mindhunter, and was produced by Brad Pitt’s production company, Plan B.

Blonde will hit the streaming service on Friday, September 23 following its premiere at Venice Film Festival earlier in the month. Check out the official teaser trailer for the highly-anticipated film, which is expected to see de Armas contended for Best Actress at next year’s Academy Awards, below.