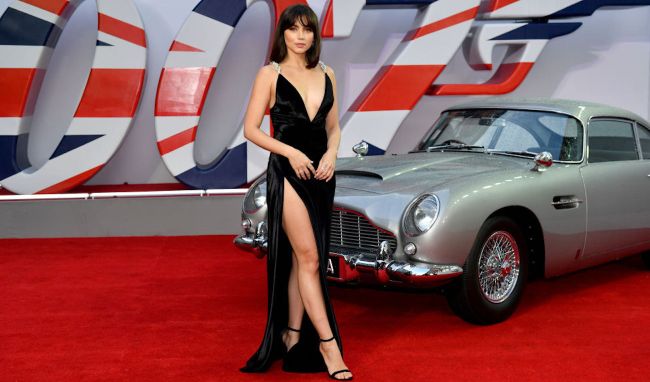 Andrew Dominik, the director of Blonde, the Ana de Armas-starring, NC-17 rated biopic about the legendary Marilyn Monroe, has made another eyebrow-raising claim about the film, as he compared it to two of the most iconic American movies ever made: Orson Welles’ Citizen Kane and Martin Scorsese’s Raging Bull. Talk about setting the bar high.

“Blonde is a movie for all the unloved children of the world. It’s like Citizen Kane and Raging Bull had a baby daughter,” Dominik recently told Collider.

“The whole idea of Blonde was to detail a childhood drama and then show the way in which that drama splits the adults into a public and private self. And how the adult sees the world through the lens of that childhood drama, and it’s sort of a story of a person whose rational picture of the world as being overwhelmed by her unconscious, and it uses the iconography of Marilyn Monroe.”

Dominik certainly hasn’t been shy about the nature of the film, as he previously described Blonde as a “demanding” movie:

“It’s a demanding movie,” Dominik has said of Blonde. “If the audience doesn’t like it, that’s the f—ing audience’s problem. It’s not running for public office. It’s an NC-17 movie about Marilyn Monroe, it’s kind of what you want, right? I want to go and see the NC-17 version of the Marilyn Monroe story.”

While I’ve always respected Dominik — The Assassination of Jesse James by the Coward Robert Ford is an incredible movie, while he’s also done some fantastic work on Mindhunter — his attitude towards the surely headline-stealing Blonde has turned him into my hero.

At this time, while Blonde does not have an official release date, the film is expected to hit Netflix sometime this year.