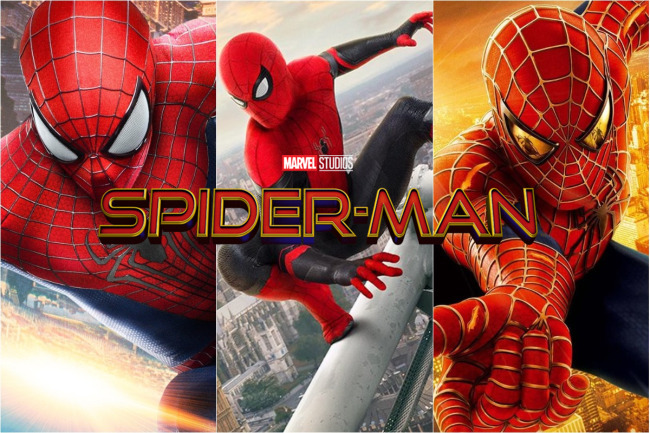 Granted, while the casting of Andrew Garfield and Tobey Maguire in the upcoming third MCU Spider-Man has perhaps been one of the industry’s worst kept secrets, the manner in which this absolutely massive casting news may have been truly confirmed is simply too hilarious to ignore.

Wild that it may have leaked from a DoorDash employee 😂

While this is far from a legitimate confirmation of Garfield’s casting, Spider-Man 3 (not the official title) *is* currently filming down in Atlanta, the longtime home of MCU productions. Specifically, according to the Atlanta Journal-Constitution, they were filming at Frederick Douglass High School from the 22 to the 24th, which is just a day after these Garfield tweets hit the internet. Really makes you think: had Garfield not gotten all Actor Douchebag on this guy, maybe his secret would’ve remained safe. Decency, people: it saves you more than it costs you.

Now, assuming Garfield’s, and Tobey Maguire’s, versions of Spider-Man appear in the film, this is further confirmation that Spider-Man 3 will be on the level on the Avengers films in terms of scope. Not only are the Spider-Men rumored to appear, but Jamie Foxx’s Electro, Alfred Molina’s Doc Ock, and Benedict Cumberbatch’s Doctor Strange have all been confirmed to have roles. Meanwhile, characters like Charlie Cox’s Daredevil and Emma Stone’s Gwen Stacy have also been rumored to appear.

At this time, the still-untitled third film in the MCU’s Spider-Man franchise is set to hit theaters in the United States on December 17, 2021. Doctor Strange in the Multiverse of Madness, on the other hand, will hit theaters on March 25, 2022.

We’re covering WandaVision and all things Marvel Cinematic Universe on the Post-Credit Podcast (we’ve also go a Don Cheadle interview dropping this week), so make sure to subscribe and check that out.