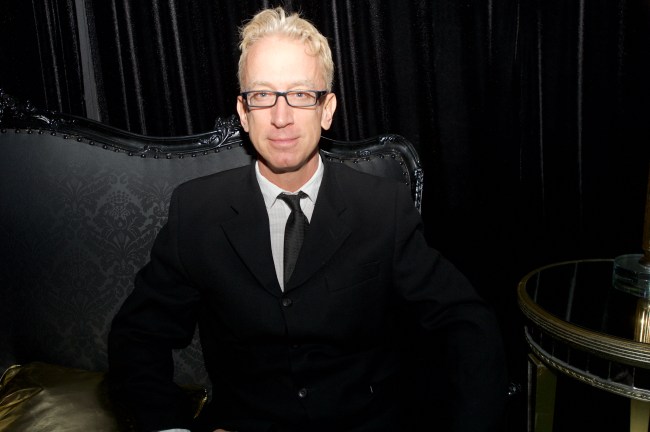 Andy Dick was on the losing end of one of the most wildly defenseless cheap shots you’ll see after finishing a comedy performance at the One Eyed Jacks nightclub on in the French Quarter of New Orleans late Friday night.

As Dick and guitarist-singer Paris Dylan, who performed with the comedian, stepped outside to greet and take pictures with fans, a man cocked back and slugged Dick in the face before he even had time to say “World Star!” Dylan told NOLA that Dick hit a motorcycle as he fell to the ground and his head hit the pavement.

WATCH: Video obtained by WDSU shows @andydick getting punched in the face outside a French Quarter club early Saturday morning. No suspect has been named at this time >> https://t.co/0TYmTWyfEB #andydick #assault #nola pic.twitter.com/v3Zuijwm71

In a telephone conversation, Dick said that he was “knocked out 100 percent for 15 minutes” and taken to the hospital’s intensive care unit and observed for a possible brain bleed.

At the time of this writing, the cops have just arrested a suspect in the attack, Dave Hale, who claimed the comedian grabbed his genitals without solicitation before he walloped him.

Man accused in Andy Dick outside New Orleans club claims his genitals were grabbed by comic before punch, source says.

A source told NOLA that the man watched Dick perform at One Eyed Jacks and was saying goodbye to him when Dick “grabbed Hale’s genitals.” Hale grew livid and Dick responded by winking at him.

A representative of Dick’s team questioned the validity of Hale’s claims, and maintains the attack was unprovoked.

Police are now investigating Dick for a possible Dick on Dick crime, but for now, Hale is facing battery charges.

God damnit I wish they had this part on video:

The attacker picked up a beer bottle from the curb and walked away as some people chased after him, including a woman who tripped to the ground as she ran behind him.

I know Dick is no Dwayne Johnson in the realm of public perception, but I will never forget how hard I laughed the first time I saw this skit.

I just wish the dude would stop grabbing dicks.