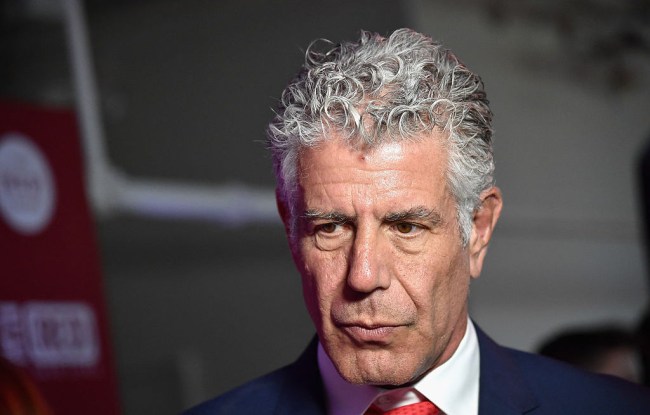 It’s been two weeks since chef, author, and television personality Anthony Bourdain committed suicide. Bourdain, 61, was in Kaysersberg, a small village in the Alsace region of France, filming his CNN show Parts Unknown when he hanged himself in a hotel bathroom.

Bourdain, who had been very open with his use of cocaine and heroin in the past, did not have narcotics in his body when he died, according to a French judicial official.

There were none, save for the trace of a nonnarcotic medicine in a therapeutic dose, Christian de Rocquigny, the local prosecutor in charge of the investigation, said in a text message to The New York Times.

Bourdain had skipped a scheduled dinner the night before his body was discovered and when he did not arrive for breakfast  the next morning with Parts Unknown chef Eric Ripert, a receptionist went into his room and found his body.

Bourdain was cremated in France.