Anthony Bourdain’s Favorite Movie About Food Was Animated: ‘The Tiny Details Are Astonishing’ 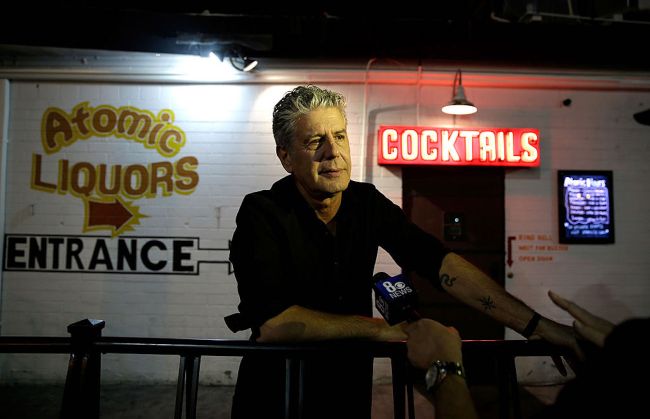 I’ve been on a big Anthony Bourdain kick recently. Similar to deciding to rewatch Breaking Bad or The Sopranos, as they simply ever get old no matter how many times you see them, I’ve been crushing Parts Unknown while I work and it’s arguably the perfect background, I’m-half-watching show. It all started when the trailer for the upcoming documentary about him from Academy Award winner Morgan Neville dropped earlier this month, a documentary I actually got a screener for this week and absolutely cannot wait to check out. As fate would have it, though, Bourdain found himself intertwined with the work I’m supposed to be doing when I’m watching his show.

Yesterday — June 29, 2021 — was the 15-year anniversary of Pixar’s Ratatouille, and as I always do over on our Post Credit Podcast Twitter feed, I posted a tweet celebrating as much. Usually, when I realize its the anniversary of a particularly well-liked film, I head over to the IDMB’s trivia page and find something fascinating to tweet. This is where Bourdain comes in: Ratatouille, apparently, was his favorite food/cooking/kitchen/chef movie.

Now, the origins of the quote are a little sketchy as they come from the time before everything was recorded and published. First, there’s a blurb in Entertainment Weekly from 2011, where Bourdain said:

“It’s a measure of how deficient Hollywood has been in making an accurate restaurant-food based film that far and away the best was about an animated rat. They got the food, the reactions to food, and tiny details to food really right — down to the barely noticeable pink burns on one of the character’s forearms. I really thought it captured a passionate love of food in a way that very few other films have.”

If you dig a little deeper, though, you’ll find a similar Bourdain quote (notice the references to the burns) on his Reddit page — apparently from an email he wrote — that outright declares Ratatouille as his favorite:

“The tiny details are astonishing: The faded burns on the cooks’ wrists. The ‘personal histories’ of the cooks… the attention paid to the food. And the Anton Ego ratatouille epiphany hit me like a punch in the chest — literally breathtaking. I saw it in a theater entirely full with adult and the reaction to that moment was what movie making was once — a long time ago — all about: Audible surprise, delight, awe, and even a measure of enlightenment. I am hugely and disproportionately proud that my minuscule contribution (if any) early, early in the project’s development led to a ‘thank you’ in the credits. Amazing how much they got ‘right’.”

Ratatouille was already one of my favorite Pixar films of all time, but knowing that the legend Bourdain loved it so dearly may tempt me to knock it up a couple of spots in my rankings.

Roadrunner: A Film About Anthony Bourdain will hit theaters on July 16 and then will be available to stream on HBO Max following its theatrical run.