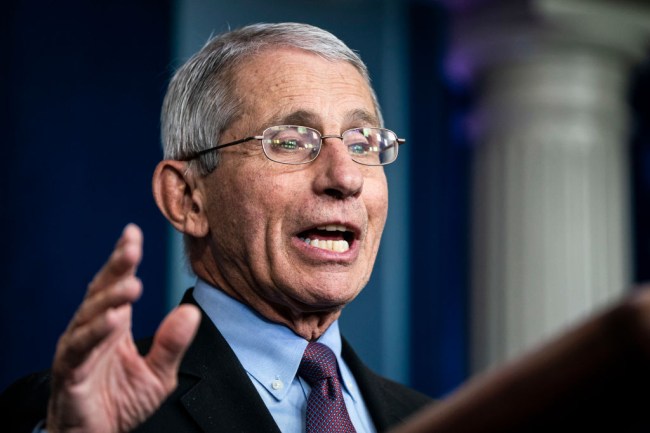 There are plenty of people out there who will tell you there isn’t actually any reason to wear a mask in the middle of a pandemic facilitated by an airborne pathogen and almost all of them have a couple of things in common. The first is the inability to cite the specific clause in the Constitution where the Founding Fathers addressed this topic, while the second is an educational background in health and safety that culminated with them watching a teacher roll a condom onto a banana in high school (assuming they went to a school that acknowledged the existence of birth control).

One of the more common claims I’ve heard people use to justify being a self-centered asshole with no regard for anyone but themselves is that the Center for Disease Control initially urged Americans not to wear masks when COVID-19 first began to make itself known in the United States. What they usually fail to note is that this decision was primarily motivated by the need to prevent a rush om masks that were already in fairly short supply at the hospitals that were largely ill-prepared to handle what quickly turned into a full-blown crisis. However, everyone knows context is overrated when it undermines the argument you’re trying to push.

That wasn’t the only reason, as a one CDC official initially explained they viewed masks as an unnecessary precaution because the virus was “not spreading in the general community.” A couple of months later, that was decidedly not the case, and in an absolutely wild move, the medical community issued new recommendations concerning face coverings after being presented with more information that increased their understanding of the topic.

As a result, hanging onto the past to explain why you’re denying the present reality is kind of like saying we should still use leeches to try to cure every ailment or treat mental illnesses by wildly stabbing at someone’s brain with an ice pick or claiming vaccines don’t actually wo—oh. Right.

Anyway, experts continue to gain a greater understanding of the illness with each passing day and update their approach accordingly. This includes Dr. Anthony Fauci, who by all accounts has proven to be as good at overseeing a pandemic as he is terrible at throwing a baseball.

On Wednesday, Fauci spoke with ABC News and debuted a new piece of advice I’m sure will go over incredibly well and be universally adopted when he suggested Americans should harness goggles or some sort of ocular protection to protect vulnerable “mucosal surfaces” that can increase your risk of contracting the disease.

Dr. Anthony Fauci to @DrJAshton: "If you have goggles or an eye shield, you should use it. It's not universally recommended, but if you really want to be complete, you should probably use it if you can." https://t.co/SJPZn8fN6F pic.twitter.com/Ml87aBuclI

It’s worth noting that Fauci wasn’t speaking on behalf of any health organization but he did say it could become an official recommendation at one point. Now, I can’t say I’m hoping the world will soon resemble the post-apocalyptic wasteland depicted in the Mad Max movies more than it currently does, but at the same time, I wouldn’t be mad if it means rec specs finally get some fucking respect.

Will it necessarily cancel out the emotional bruising I suffered when some kid called me “Scuba Steve” during a middle school basketball game? Probably not, but I least I can take solace in knowing I was really just incredibly ahead of the curve.