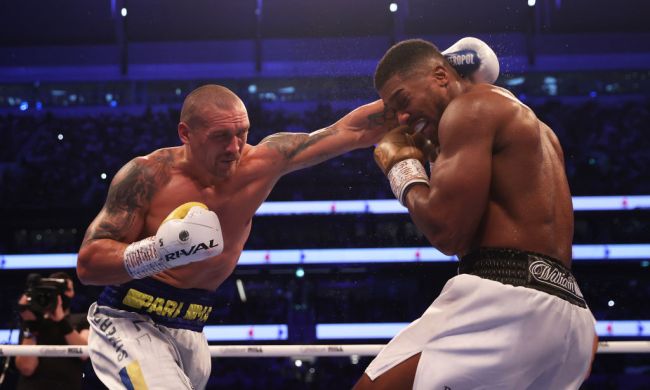 Anthony Joshua wants to run it back against Oleksandr Usyk.

On Saturday night, Joshua lost in stunning fashion as the much faster Usyk beat him down for most of the fight and got himself a unanimous decision win in the UK.

This was the moment AJ knew he had lost the fight and Oleksandr Usyk confirmed his Champion status!

Despite the fact that Usyk looks to be clearly the better boxer, Anthony Joshua will use his rematch clause to fight the Ukrainian boxer again according to his promoter Eddie Hearn.

Eddie Hearn has said Anthony Joshua WILL take the Oleksandr Usyk rematch: "The fighter in AJ is already talking about, 'I'll win the rematch.' Usyk was the deserved winner. He's got to make changes in the rematch. He will want to go straight back into that rematch."