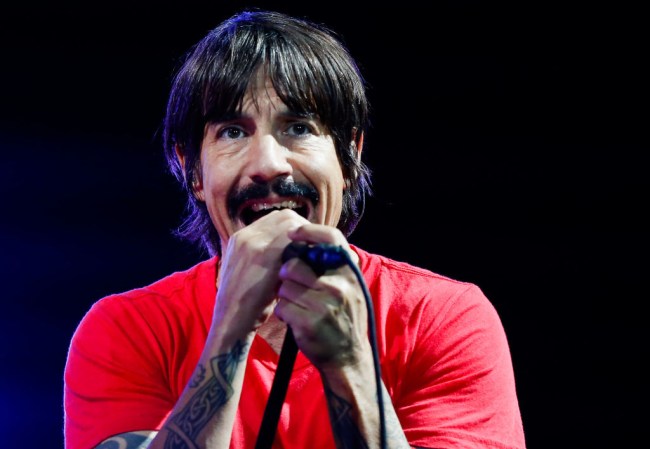 As Chris Paul was being led to the locker room on enemy territory under deafening boos, Red Hot Chili Peppers frontman Anthony Kiedis, who was sitting courtside, fucking lost it.

The 55-year-old began screaming obscenities at Paul and even motioned in his direction to confront him. A courtside security guard told the rock star to sit down, but Kiedis flipped him the bird, amounting to the last straw for his stay at the Staples Center.

AK (Anthony Kiedis) from Red Hot Chilie Peppers should of gotten kicked out the game for yelling profanities and flipping the bird to Chris Paul and the #Rockets staff. This is unacceptable @Lakers if this was a regular joe/fan he would of got kicked out the building. #NBA pic.twitter.com/ntSAGhlNku

Red Hot Chili Peppers singer Anthony Kiedis was ejected from a Lakers game after getting into a spat with Houston Rockets guard Chris Paul: https://t.co/5pBxNJs6hy pic.twitter.com/LQxW4RAGU4

The footage of Kiedis getting ejected reminded me that I haven’t seen him in years, and this is not what I expected him to look like. Apparently I’m not the only one, as the majority of reactions to him getting booted were about his current appearance.

*Extremely Anthony Kiedis getting led out of the Lakers game voice*

I DON'T EVER WANT TO FEEL, LIKE I DID THAT DAY pic.twitter.com/ABIpnZRAFe

Anthony Kiedis got ejected for telling James Harden to suck his doodle-dangle-zangle-bangle-dah-zang. pic.twitter.com/xAgwOVGVqa

anthony kiedis out here looking like justin long's body double after 30 yrs of methamphetamine use https://t.co/JoeAIRhjHw

I see that Anthony Kiedis has modeled himself after the “Larry David in disguise” look. #lakers @flea333 #RHCP pic.twitter.com/PD7Utd1ELd

Rock stars are going to rock star, I guess.