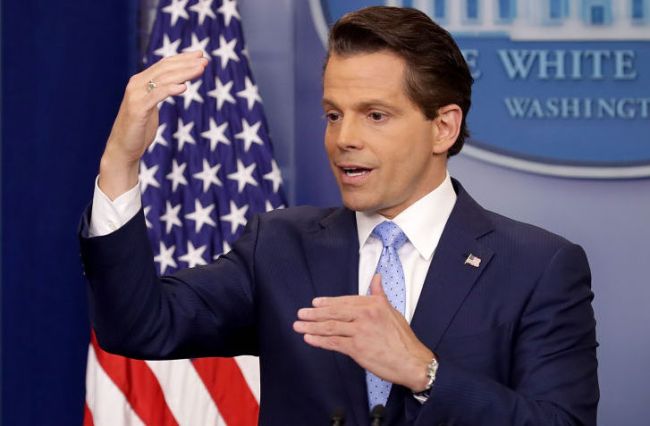 It’s hard to believe it’s been 1,131 days since Anthony Scaramucci’s glorious run as Director of Communications at the White House came to a sudden end—which, if you’re curious, is the equivalent of around 103 Mooches, the unit of time that was coined after he was fired shortly after John Kelly was tapped to replace Reince Priebus as the Chief of Staff and wasted no time kicking the boisterous mouthpiece’s ass to the curb just 11 days after he stepped into the role.

The Mooch is a borderline caricature who checks basically every single box when it comes to the qualities you’d expect to find in a Long Island native who spent decades on Wall Street and he’s one of those people you encounter in life that make you ask yourself “There’s no fucking way this guy is a real person, right?” He wasted no time making enemies once he arrived in Washington, D.C. and did not mince words when he provided some incredibly blunt assessments of some of his White House colleagues in an inadvertently on-the-record discussion with a reporter at The New Yorker that perfectly defines his essence.

Scaramucci voiced his support for both Scott Walker and Jeb Bush in the early stages of the 2016 Republican primaries before eventually joining Donald Trump’s campaign team, where he slowly worked his way up the ranks on his way to securing the position he was ultimately forced to vacate after less than two weeks. However, he put his time to good use and not only left a small but indelible mark on history but also may have left a skidmark on the porcelain in the West Wing based on a new anecdote that recently came to light.

One of Scaramucci’s first acts on the job was announcing Sarah Sanders would be replacing Sean Spicer behind the podium in the briefing room. Her tenure came to an end last summer after 64 Mooches, and after stepping down, she decided to write a book recounting her experience, which includes a story about the time Trump allegedly suggested she should go to North Korea to “take one for the team” after Kim Jong-un winked at her during a summit in Singapore in 2018.

The memoir doesn’t come out until next week but a number of people have already managed to get their hands on a copy—including Axios reporter Jonathan Swan, who was kind enough to share an excerpt concerning the monumentous achievement Scaramucci celebrated on July 25, 2017, which is the day he checked “taking a giant shit in the White House” off of his bucket list and proceeded to tell as many people as possible.

Based on Sander’s track record during her time at the White House, basically everything she says should be taken with a massive grain of salt but I have no reason to doubt this actually happened. In fact, based on everything we know about The Mooch, I wouldn’t be shocked if he FaceTimed his son while his cheeks were still on the seat for a conversation that began with “You’ll never guess what your dad’s doing right now” and ended with visual proof.