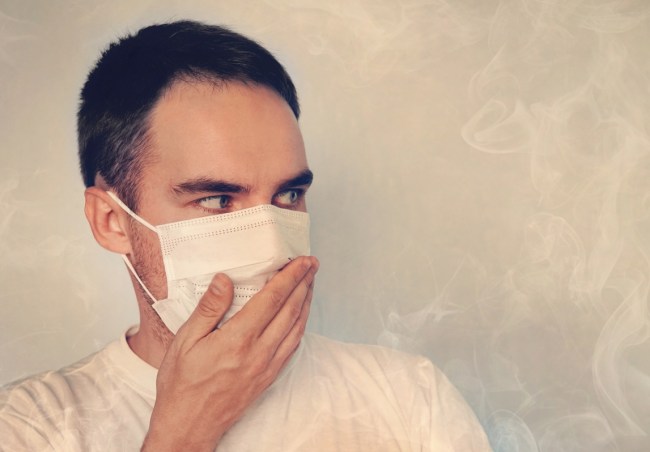 One of the hardest aspects of life is accepting the fact that there are just some questions you’ll never be able to find an answer to and certain mysteries that are simply impossible to solve. It can be a difficult pill to swallow but you can take solace in knowing you’re not alone, as everyone on the planet has to grapple with the various enigmas that are an inextricable part of the human experience.

Famous people are no exception, and there are more than a few high-profile figures who have been candid about making peace with the conundrums they simply can’t comprehend. This includes noted thinker and Insane Clown Posse member Shaggy 2 Dope, who waxed about the previously unexplored topic of how fucking magnets work in 2009. A couple of years later, Bill O’Reilly admitted he’d resigned himself to the fact that there is simply no way to explain why the tides go in and out, a subject you have to assume we’d have a better understanding of if some of history’s most brilliant minds—perhaps Isaac Newton or someone like Descartes—had begun to look into hundreds of years ago.

Of course, there were plenty of people out there who were quick to point out the answers to both of those eternal puzzles were actually readily available to anyone familiar with the concept of Google. However, in this day and age, the amount of information the internet has to offer is frankly a little overwhelming, which can make developing an informed opinion an incredibly daunting task.

A lot of people have turned to a pretty ingenious solution to this problem that simply involves convincing yourself that your worldview is objectively correct. If you’re ever presented with a topic that lends itself to differing opinions, just pick whatever side you prefer and *poof* it’s now the right side because you’re on it. Not only does this take a huge weight off of your shoulders, it also makes the internet much less intimidating because you only have to care about the things that reaffirm your beliefs.

You may encounter a few issues if you happened to opt to join the Pro-COVID crowd, as you can’t even use Google without getting bombarded with “facts” and “data” provided by the “experts” who keep insisting you should wear a mask while not even considering the mild discomfort they cause. You’d also think these so-called “medical professionals” would be familiar with basic science and understand the carbon dioxide we breathe out is just going to get trapped inside because where else is it supposed to go? It’s almost like they want us to faint.

Thankfully, an army of women who are all somehow named “Karen” have been fighting the good fight by throwing tantrums when businesses with incredibly explicit mask policies refuse to serve them for not wearing one. Our most recent warrior was captured at a Panera Bread in California, which I’m pretty sure violated one of her Constitutional rights that I’m unable to specify by telling her to get out.

You’ve got to love when someone gets schooled by science that makes sense to me and which I’m not going to question because it supports my point of view. That right there is an argument that’s as airtight as pants are not.