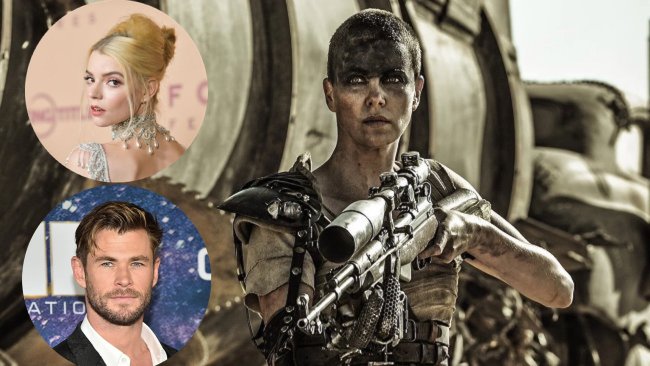 According to Deadline, the film — which 75-year-old franchise creator George Miller will write, direct, and produce — “will track the genesis of Furiosa before she teamed up with Max Rockatansky in Fury Road.”

Taylor-Joy, still just 24-years-old, has seen her profile explode in recent years, starring in projects such as The Witch, Split, Glass, Emma, and The New Mutants. She’s also got Edgar Wright’s Last Night in Soho and Robert Eggers’ The Northman in the works, and later this month, she can be seen starring in the Netflix original series The Queen’s Gambit.

The same can be said about the 34-year-old Yahya Abdul-Mateen II, who’s recently starred in The Greatest Showman, Aquaman, Us, and The Trial of the Chicago 7. Abdul-Mateen also has Candyman and The Matrix 4 due to come out in the next few years.

Then, of course, there’s Chris Hemsworth, who’s arguably one of the world’s biggest movie stars these days following the success of his Thor franchise and Netflix’s record-setting Extraction.

This Furiosa prequel has been in development for literal years now, so not only seeing it finally come to fruition but to do so with such an outstanding cast is incredibly exciting, especially when considering that its predecessor, Mad Max: Fury Road, is one of the greatest action movies of *all-time*.

We’ll be diving into this news more extensively on tomorrow’s episode of the Post-Credit Podcast, so make sure to subscribe.