Fans Of Post-Apocalyptic Movies Are Better Equipped To Cope With This Pandemic, Study Finds 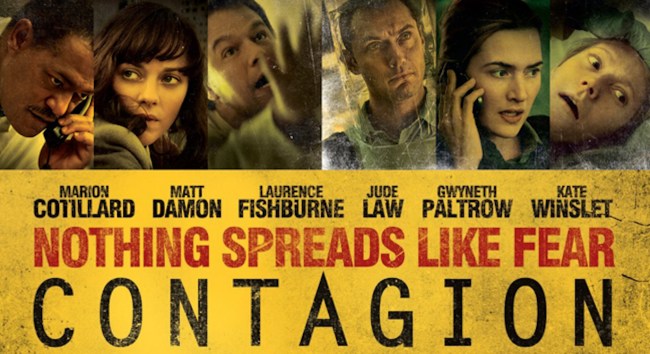 Have you been finding yourself revisiting old post-apocalyptic films like 28 Days Later and Outbreak over the past few months? You’re not alone. A few months ago, Contagion cracked the iTunes top 10 rentals and psychologists shared that watching films like that was healthier than watching the news because the stories in these films help express our shared anxiety.

Now, a new study claims that watching these apocalyptic films actually prepares people to handle the coronavirus pandemic than people who aren’t watching the movies.

This all makes perfect sense in my head but not necessarily for the reasons psychologists are claiming. To me, it seems like watching these films is an easy way to desensitize your brain to the real-life horrors happening around us with over half a million global deaths in six months.

The study claims that watching these types of films helps with our resiliency and preparedness (via DailyMail):

Psychologists have found that people who have been watching movies depicting social chaos and the collapse of global order are better prepared for the virus. Fans of ‘prepper’ genres, including alien-invasion, apocalyptic, and zombie films, exhibited higher levels of resilience and preparedness in experiments.

Those people who had been watching horror films in the last few months also showed greater psychological resilience to the viral pandemic. The researchers say an exposure to frightening fiction allows audiences to practice coping strategies that can be beneficial in real-world situations. Viewers ‘learn vicariously’ and are ‘unintentionally rehearing the scenarios’ when watching films like Contagion and 28 Days Later, and TV shows like The Walking Dead.

‘[It’s] a bit of biological machinery that evolved because it gave our ancestors an edge in the struggle for survival.
‘If you’ve watched a lot of what we call prepper movies, you will have vicariously lived through massive social upheavals, states of martial law, people responding in both pro-social and dangerously selfish ways to a sudden catastrophic event.
‘Compared to somebody who has never simulated the end of the world, you’ll be in a better place because you have that vicarious experience.’ (via DailyMail)

I think the one thing all of these apocalyptic films never took into consideration that we’re witnessing now is how there would be a massive portion of the population who would flat out refuse to acknowledge what was happening and change their behavior in any way, shape, or form because they couldn’t be bothered by the slightest inconvenience.

Never in these films do we see someone who was like ‘nah, man, I’m just going to keep living my life. You do you and I’ll do me.’

For more on this study, you can visit the Daily Mail for their full coverage.