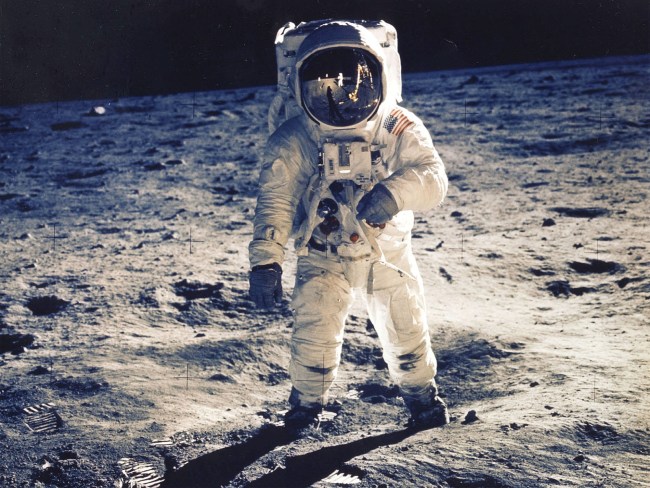 There is one thing to have conspiracy theorists to have beliefs in UFOs, but when a legendary Apollo 11 astronaut says that he believes that there are aliens in space, that goes a long way. NASA veteran Michael Collins believes that there is alien life in outer space and has gone on the record saying so.

The 88-year-old astronaut who operated the Command Module Columbia during the historic Apollo 11 moon mission in 1969, which was the first human mission to the moon along with fellow astronauts Buzz Aldrin and Neil Armstrong, has said that he believes that there is alien life in space.

Collins often participates in a Q&A on Twitter hashtagged #AskMichaelCollins where he answers questions about space from his science fans. The NASA astronaut was asked: “Do you believe in life outside of Earth?” The astronaut simply answered, “Yes.”

So yes, a NASA astronaut believes in extraterrestrial life.

“On Apollo 11 in route to the Moon, I observed a light out the window that appeared to be moving alongside us,” Buzz said. “There were many explanations of what that could be, other than another spacecraft from another country or another world – it was either the rocket we had separated from, or the 4 panels that moved away when we extracted the lander from the rocket and we were nose to nose with the two spacecraft.”

“So in the close vicinity, moving away, were 4 panels,” Aldrin said. “And I feel absolutely convinced that we were looking at the sun reflected off of one of these panels. Which one? I don’t know. So technically, the definition could be unidentified.”