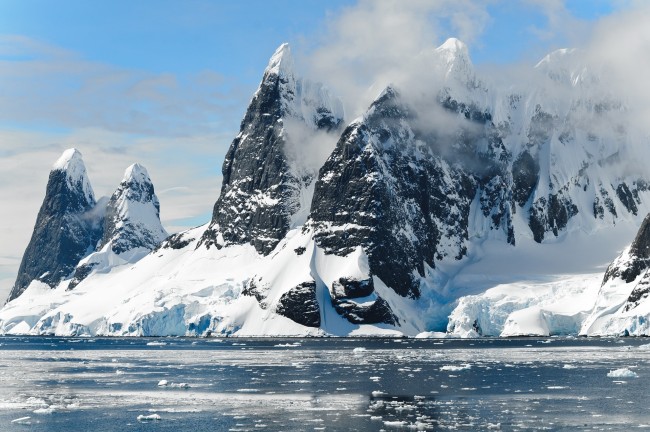 A UFO hunter has discovered something weird. Really weird. Using Google Earth, high-definition photos of an enormous structure in Antarctica that looks like an alien face.

Instagram account @ufo_scandinavia is an alien hunter page that posts strange photos and videos from around the world. In a recent post, they shared an intriguing photo that appears to be a massive alien face, complete with a mouth, nose and eyes. The video was captioned: “Grey alien face captured in Google Earth map in Antarctica.”

4. #Thirdphaseofmoon doesn't link to the source of the original discovery & also has incorrect coordinates.

YouTube account Thirdphaseofthemoon believes the structure could be a sign of an ancient civilization in Antarctica. The narrator shares a conspiracy theory that it is an ancient alien base that is now visible because of climate change and the melting snow that exposes the mysterious face.

Somebody call Brendan Fraser because this alien face looks exactly like the sand face from The Mummy.

The bizarre structure is located near the Daniell Peninsula and is not that far from the McMurdo Station, a U.S. Antarctic research station on the south tip of Ross Island.

The curious and symmetrical structure looks to be about 3,500-feet-long and the mouth is about 400-feet-wide. The original Google Earth satellite photos were allegedly taken on September 28, 2012. So is this a natural structure or something constructed by an alien civilization?

Area 51 in Nevada is pretty hot in September, so if you’re looking to go alien-hunting, maybe you can storm and raid this alien structure in Antarctica.