Apple Essentially Shuts Down The Music App, Is Only Streaming Black Music On One Shared Station 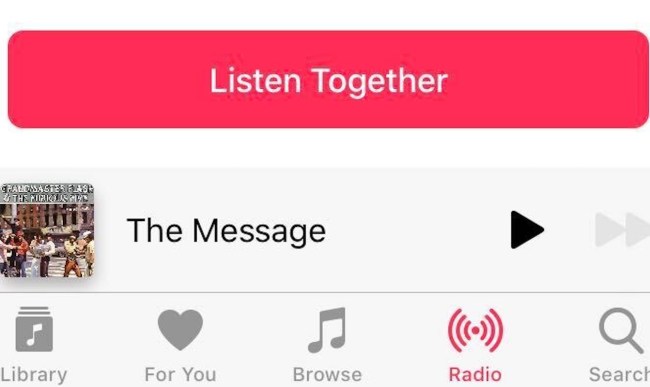 One of the most well-received (at least on the internet, at least) #BlackOutTuesday messages out there has come from Apple, who have essentially shut down the popular Apple Music function — all radio stations have been blocked — and are only playing black music through one shared stream.

When you open the Apple Music app on your iPhone or your MacBook, you will find the following message when clicking the “For You”, “Browse”, and “Radio” sections:

“In steadfast support of the Black voices that define music, creativity, and culture, we use ours. This moment calls upon us all to speak and act against racism and injustice of all kinds. We stand in solidarity with Black communities everywhere.”

Apple Music disabled “For You, Browse and Radio” tabs and is streaming a playlist of all black music. pic.twitter.com/a3QrjKFMpT

While many of the empty gestures from corporate brands can feel hollow, the response to Apple Music’s move has been well-received thus far:

I know the whites opened their Apple Music like : pic.twitter.com/QzraTFiCnm

Apple Music made a playlist to support BLM & the last song on it is fuck tha police, Apple Music is better than Spotify confirmed pic.twitter.com/ypt7ZqIgSk

y’all apple music really did that!!! they’re like nah y’all goin listen to black artists today AND LIKE IT pic.twitter.com/SYj40bv5G5

Apple Music did what needed to be done.

According to a recent report from May 2020, Apple Music estimates they have roughly 68 million subscribers worldwide, which represents an increase of 8 million people since June 2019.

Apple Music isn’t the only popular app to be sending a message, as the likes Spotify, Sirius, TikTok, and Amazon Music have all put forth similar signs of solidarity.

TikTok announced Monday that it would remove all playlists and campaigns from its sound page on Tuesday as it observes Blackout Tuesday, and it would be donating $3 million from its Community Relief Fund to non-profits that support black communities along with another $1 million to combat racial injustice and inequality.

Spotify announced Monday that it would black out the artwork on many of its most popular podcasts including Today’s Top Hits and RapCaviar, and that several of its podcasts and playlists would also include 8 minutes and 46 seconds of silence to acknowledge the duration of George Floyd’s suffocation. Spotify also said it will be matching donations from its employees toward organizations focused on fighting racism. [via Rolling Stone]

Hopefully, this living nightmare is wake-up call, the final straw, the proverbial ripping off of the band-aid that this country has needed for so long. Black Lives Matter.