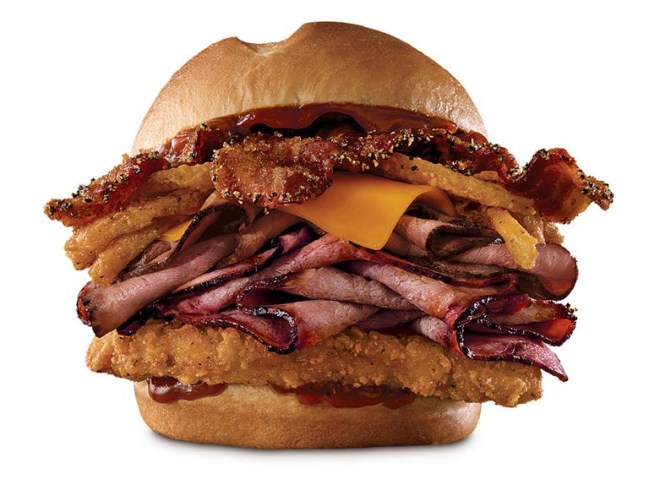 Arby’s really, really wants you to know that they cater to hungry carnivores everywhere. Arby’s company motto says, “We have the meats,” and they are very serious about this slogan. The company debuted a new 3-meat sandwich that would make Ron Swanson blush. The beefy, brobdingnagian behemoth is bursting with bacon, brisket, and bourbon BBQ sauce. Arby’s has launched their Bourbon BBQ lineup that features three smokey, sweet sandwiches covered in oak barrel-aged Kentucky bourbon BBQ sauce.

The four new sandwiches are topped with brown sugar bacon, crispy onion strings, cheddar cheese, and a BBQ sauce made with oak barrel-aged Kentucky bourbon, cider vinegar, tomato paste, brown sugar, yellow mustard, and Worcestershire sauce, all served on a bun. There is a Bourbon BBQ sandwich with smoked brisket, one with Angus steak, and one with a crispy buttermilk chicken filet. Can’t decide which one to devour? No worries, you can get a mammoth sandwich that has all three proteins.

The Triple Stack piles up the fried chicken, steak, and brisket all into one meaty masterpiece. This tower of meat has a whopping 910 calories and 65 grams of protein in it. You’ll get meat sweats just looking at this bad boy. But don’t wait too long to gorge yourself until you hate yourself because these sandwiches are only available for a limited time.

Is three meats not enough meat for you? Maybe Chili’s 5-meat monster burger called “The Boss” that has 1,650 calories will satisfy your carnivore desires. 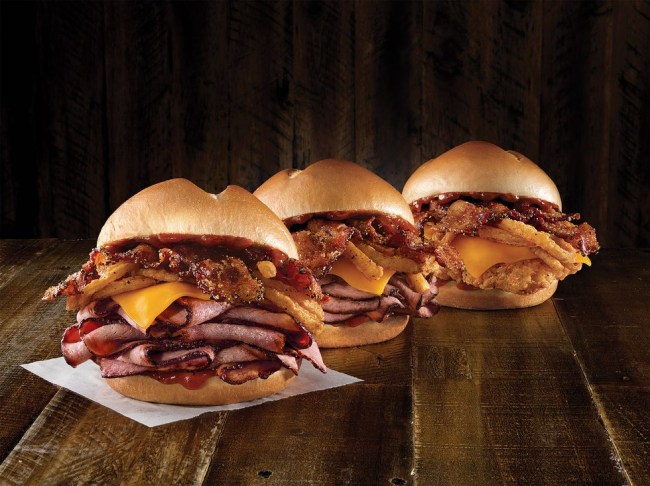