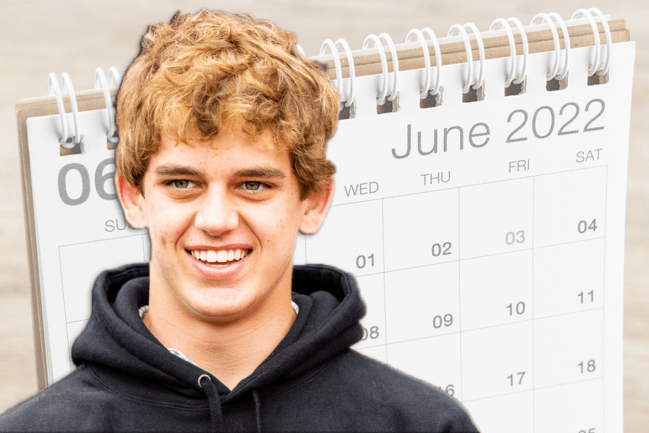 Arch Manning is nowhere near ready to make his college decision. As a result, the next few months will be crucial for his recruitment, particularly June.

Isidore Newman High School, at which Manning will be a senior starting this fall, has one more week of spring practice that will wrap on May 20. And then it’s go time.

Over the course of June, Manning will start the official visit process. He is going to visit Georgia, Texas, and Alabama on back-to-back-to-back weekends. Florida may also get a look and LSU is just up the road.

ICYMI: Five-Star Plus+ QB Arch Manning has locked in official visits to Georgia, Alabama, and Texas.

Not only will Manning be busy with visits, but his family’s passing academy camp also takes place in June. The 6-foot-4, 215-pound prodigy has yet to throw in any camps like the Elite 11 to date, but it would be hard to imagine he would not throw at The Manning Passing Academy.

According to DawgNation, as Manning makes his visits, his younger brother Heid will be with him. His father Cooper will join them as well.

As for where things currently stand with Arch Manning’s college decision, he continues to keep his recruiting open and remains adamant that he is not in any rush.

“I really have no idea right now,” Manning said to DawgNation. “I kind of have narrowed it down a little bit. I don’t have a timeline or anything like that. I’m just kind of focusing on spring football right now.”

Manning’s (lack of) timeline does not seem to be a concern for either of his perceived top-two schools. Georgia has a loaded quarterback room that allows head coach Kirby Smart and his staff the luxury of patience.

Texas also has a five-star redshirt freshman quarterback on campus in Quinn Ewers and four-star recruit Maalik Murphy enrolled early back in January. Steve Sarkisian recently made his plans for Manning’s recruitment very clear and will not be backing off or moving on.

With all of these factors in play, June and the upcoming visits are going to be huge for Manning’s decision. He has not quite found the right school for him just yet.

“I’m really not sure,” Manning said to DawgNation. “I’m still looking for that gut feeling. I haven’t gotten it yet. I’m looking for that. Maybe on the official visits. Or maybe then later when it comes to the season.”

Stay tuned over the next few weeks and months for indicators that could lead to Manning’s decision. Although he does not have a specific timeframe in mind for his decision, he has been provided a unique luxury should he decide to get on campus sooner than later.