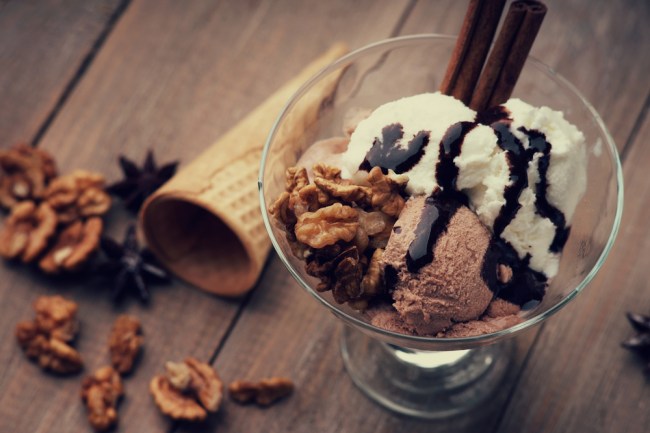 One time, back when I was well below the legal drinking age, I picked up a pint of the now retired Ben & Jerry’s flavor Dublin Mudslide because the label led me to believe that it was made with Irish cream. I ate the entire container in one sitting in the hopes I’d catch a buzz, but after a stomachache and a bit of research, I discovered it actually contained less alcohol than their vanilla ice cream did.

The founders of the company have endorsed the idea of infusing their product with weed, and while they recently released a highly-lauded bourbon-flavored ice cream, I was disappointed to learn it didn’t contain any actual whiskey. It seemed like my dreams of an ice cream that can get you drunk were exactly that: dreams— at least until now.

Arctic Buzz is a Baltimore-based ice cream company that is finally giving the people what they want: vodka-infused ice cream. While some companies opt to mimic the taste of alcohol, Arctic Buzz is using booze to flavor their wares. Per their website:

“We work closely with a local distillery to create artisan flavors that are formulated solely for our product! We currently feature six flavors of our hand crafted vodka that provides outstanding taste for each and every palate.”

The flavors— which include classics like chocolate and vanilla in addition to cookies and cream and Key Lime Pie— range from 8.6-8.9% ABV, which means you won’t have to eat much to catch a buzz. For now, the ice cream is only available at liquor stores in the Baltimore area, which means I finally have a reason to visit Baltimore.