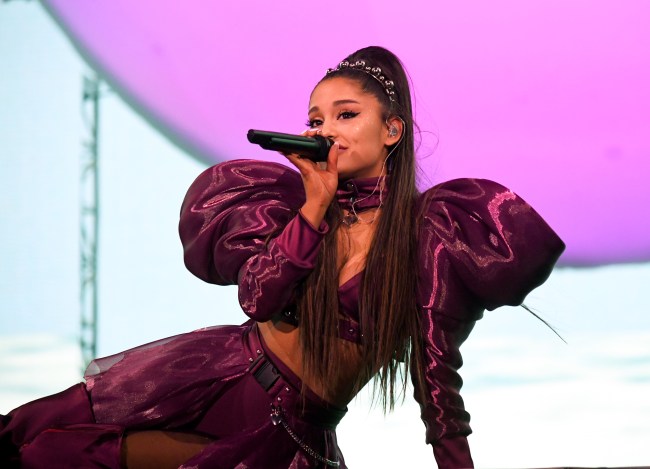 Ariana Grande has experienced more crazy shit in under two years than the average Tom, Dick, or Jerry would in an entire lifetime.

On top of shouldering the responsibilities of being one of the biggest pop stars on the planet, the 26-year-old was flung into a mindfuck by a May 2017 suicide bombing at her Manchester show that killed 22 people. The following year, Grande’s ex Mac Miller died from a fatal mixture of fentanyl, cocaine, and ethanol after his addiction was a driving force in the termination of their relationship. Flash forward to the next year, a still-grieving Grande is inexplicably engaged to Pete Davidson for a cup of coffee, taking on the role of “annoying lovey dovey social media couple” before calling it off months later.

I’m got anxiety next month. I have an anniversary with my lady next month and I can hardly manage making a dinner reservation at a restaurant that doesn’t suck and buying flowers that don’t look like they were scooped from the checkout area of CVS.

In any event, in a recent interview with Vogue, Grande opened up about those crazy years of her life and the perspective she gained from it all.

Grande broke down in tears during the interview as she recalled how performing at Coachella this year made her think of Mac Miller.

“The first time I went [to Coachella] was to see Malcolm perform, and it was such an incredible experience,” she said. “I went the second year as well, and I associate…heavily…it was just kind of a mindfuck, processing how much has happened in such a brief period.”

Speaking about all the social media hate Grande received when people thought she ditched Miller when he needed her the most, she replied:

“People don’t see any of the real stuff that happens, so they are loud about what they think happened. They didn’t see the years of work and fighting and trying, or the love and exhaustion.”

Transitioning to her fiery, albeit short-lived relationship with Pete Davidson, Grande diminished it to “an amazing distraction.”

“It was frivolous and fun and insane and highly unrealistic, and I loved him, and I didn’t know him,” she said.

Ah, mid-twenties love. Fiery and inconsequential. Us 30-somethings are much more practical: just find someone who’s good at all the shit you aren’t.