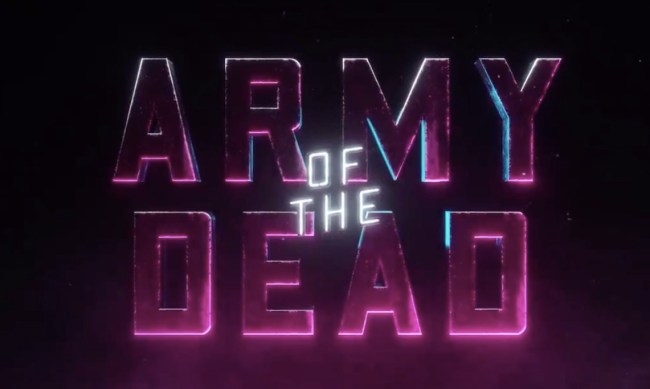 Here’s the official synopsis for Army of the Dead, via Netflix:

Following a zombie outbreak in Las Vegas, a group of mercenaries take the ultimate gamble, venturing into the quarantine zone to pull off the greatest heist ever attempted.

Army of the Dead is the first in something of a mini-franchise from Netflix, as a prequel film and an anime series set in the universe are also in the works. The prequel, literally titled Army of the Dead: The Prequel, was directed by Matthias Schweighöfer, who also stars in the franchise as Ludwig Dieter.

As for the anime series, Army of the Dead: Lost Vegas will feature cast members from the main film such as Dave Bautista, Ella Purnell, Ana de la Reguera, Tig Notaro and Omari Hardwick, and will follow “the early phases of the zombie outbreak in Las Vegas” and “Scott’s [Bautista] origins as well as he and his comrades’ rescue efforts to save mankind.”

Army of the Dead isn’t the only upcoming project from Snyder, as a little superhero film titled Zack Snyder’s Justice League is set to hit HBO Max next month. Perhaps you’ve heard of it.

Army of the Dead will hit Netflix on May 21.