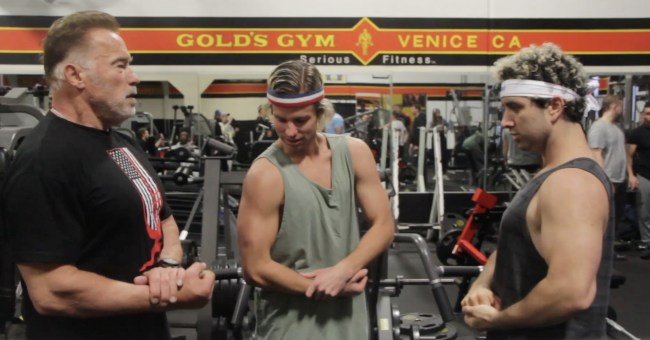 On Saturday, January 19th, the Arnold Strongman Pro World Series comes to the Santa Monica Pier for the annual Arnold Pro Strongman USA. Thor Bjornsson, aka The Mountain from HBO’s Game of Thrones, won the championship last year. He’ll be back to defend his honor this year, competing against other savage human BEASTS who can deadlift 700+ pounds like it’s a sack of potting soil. The winners advance to the Arnold Pro Strongman Worlds in Columbus, Ohio in early March.

If you’re in Southern California, you should make a day of it on Saturday. It’s going on from 12PM to 5PM at the Santa Monica Pier (buy tickets here). Last year, at the Strongman Classic Worlds, The Mountain set a record by deadlifting 1041 pounds. Something equally epic could go down on Saturday and if you’re in SoCal, you don’t want to miss it. Without giving away any spoilers, I even heard there’s potential for these dudes to pull an extremely large vehicle.

Gov. Arnold Schwarzenegger will host the event and tickets go to a great cause – raising proceeds to benefit California firefighters. I’ll be there, so come say hey and follow along on the BroBible Instagram story.

In the meantime, our two favorite house party-lovin’ Bros, Chad and JT Parr from Chad Goes Deep, hit the original Golds Gym in Venice to pump iron with Mr. Schwarzenegger. Arnold even gave an abridged motivational speech, like an even more badass version of his iconic 6 Rules For Success.

Like a modern day Hans and Franz, these dudes went from petitioning city council for a Paul Walker statue and fighting for your right to party to getting Thursday morning reps in with the biggest movie star in the world.

He even helped them get to the choppa and perfect their form.