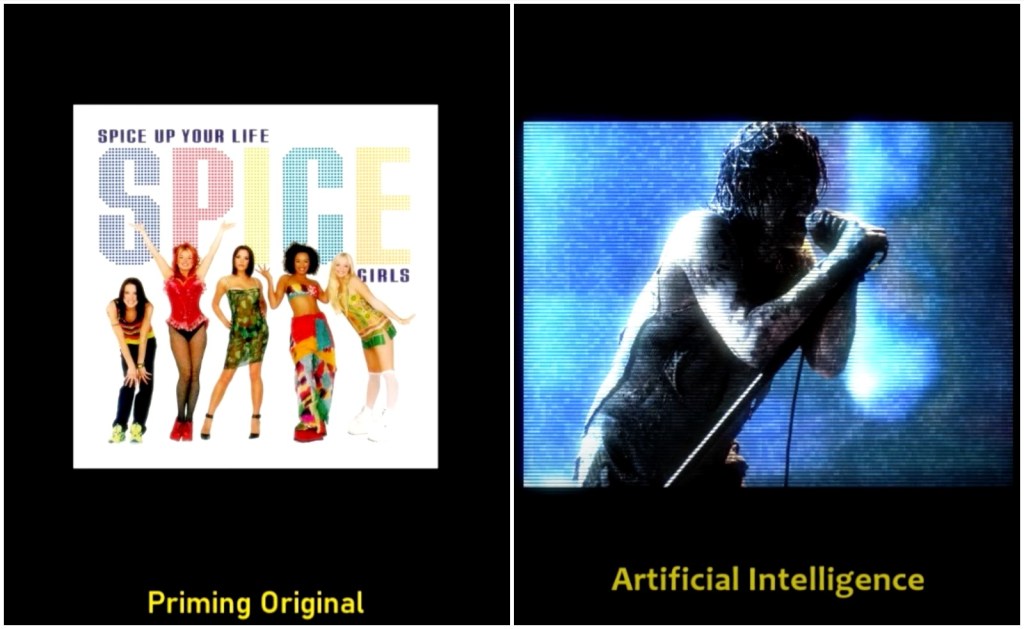 A YouTuber used OpenAI Jukebox to convert Wannabe by The Spice Girls into a Nine Inch Nails song. This use of artificial intelligence shouldn’t work, at least not in my mind. Yet the finished product is a bonafide earworm.

The clip is just over one minute long. Calling this a full ‘song’ would be a misnomer. But this use of artificial intelligence has to be seen and heard in order to be believed.

I have legitimately gone down a rabbit hole of this guy’s YouTube channel after listening to this clip. TO save you some time, I’ve included some more of the neural network clips below this Nine Inch Nails x Spice Girls banger.

This really should not work but somehow it comes together perfectly. Music labels are notoriously ruthless when it comes to the rights to songs. It really is only a matter of time before we see songs created by artificial intelligence hit the mainstream.

Here is ‘Somebody’s Watching Me’ by Rockwell but finished by Michael Jackson using AI.

This is an ‘entirely new’ version of a Nirvana song using AI. New Nirvana!

There are TONS of these clips on JohnDopamine5’s YouTube channel and he only has 232 subscribers so do him a solid and go subscribe!