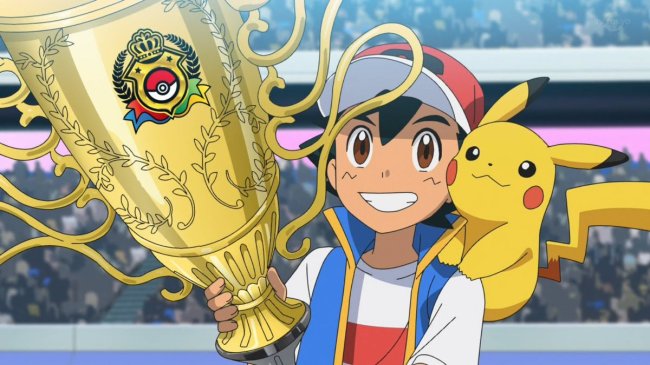 After a quarter of a century of foolhardy attempts, famed Pokemon trainer Ash Ketchum has finally become a World Champion trainer.

In the latest episode of Japan’s Ash’s Pokémon Ultimate Journeys: The Series, the forever 10-year-old aspiring trainer won the Pokémon World Coronation Series Masters Eight Tournament, which, at long last, had made him a world champion.

According to IGN, Ash’s Pikachu defeated a Charizard owned by Leon in the final battle of the tournament. The official Pokemon Twitter account even tweeted out a video to commemorate the moment:

He's done it! Ash has become a World Champion! 🏆🎉 pic.twitter.com/a2jPb8pym3

First premiering in 1997, Pokemon — which has followed Ketchum during every season of its run — has gone on to become one of the biggest media franchises in the world. In fact, Pokemon is literally the highest-grossing media franchise of all time — ahead of the likes of Mickey Mouse, Winnie the Pooh, Star Wars, Mario, and Marvel — with over $118 billion in total revenue. Since its debut in the 1990s, Pokemon has spawned over 1,200 episodes and dozens of video games.

After first debuting on Kids WB back in the late 90s, Pokemon aired on Cartoon Network from 2001 to 2017 before landing on Disney XD from 2017 to 2020. Since 2020, though, the series has been streaming on Netflix in the United States.