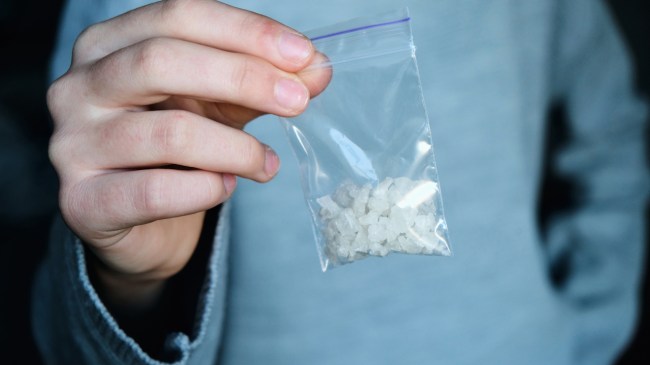 So, in that sense, I sympathize with 23-year-old Louisiana woman Ashley Beth Rolland, who was arrested last week after she was accused of stealing $5,000 and was ultimately found to have both the money and methamphetamine shoved up her coochie.

According to a report from Fox News, Rolland was arrested on Wednesday, July 31, after she was accused of stealing money from the “apartment of a man she’d been staying with for about a week.”

The incident report from the Ouachita Parish Sheriff’s Office indicated that the victim told the West Monroe Police Department that “while he was showering, Rolland swiped his cash and left.”

Following a search, police found a clear plastic bag filled with approximately one gram of meth inside Rolland’s vagina, however, she claimed that the meth was not hers and that she did not know where it came from.

The gram of meth wasn’t the only thing found stowed away in Rolland’s nether regions, though, as police also found $6,233 inside of Rolland during a “consensual search of Rolland’s person” by a female correctional officer, according to The Smoking Gun. TSG also reports that the money was made up of 62 $100 bills, with the remaining $33 made up of tens, fives, and singles.

When questioned by police, Rolland insisted that she did not know where the meth — which, again, was inside her vagina — came from.

Rolland was ultimately arrested and charged with theft and narcotics possession. At the time of this writing, she remained in jail on an $8,000 bond.