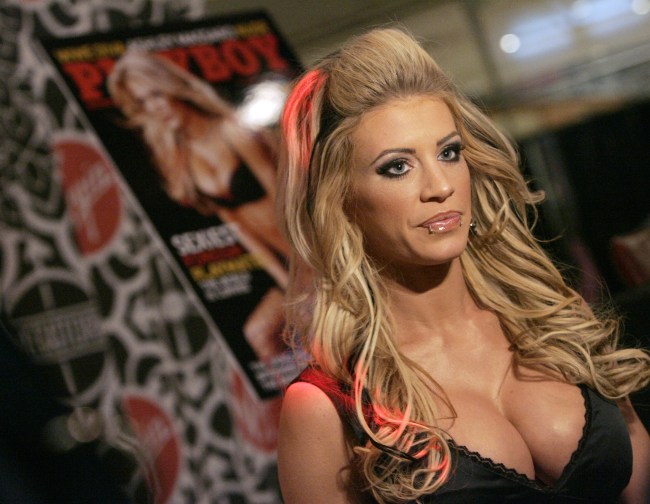 Former WWE star Ashley Massaro died last week after being found unconscious her Long Island home. The 39-year-old, who made her WWE debut in 2005 after winning the WWE Diva Search, failed to show up to her job at a local radio station, raising suspicious amongst her colleagues.

It has just been learned that the New York native was found hanging in an apparent suicide, TMZ reports. Massaro had been vocal about her battles with depression, which she claim were tied to multiple injuries on “routine repetitive blows” she sustained to the head during her wrestling days. Prior to her death, Massaro had been one of 60 people involved in a class action lawsuit against the WWE for failing to protect its employees from injuries Massaro alleged she suffered from. The lawsuit was dismissed last year after a judge found it to be “frivolous.”

Massaro wrote in an affidavit from 2017: “Aside from my on-going physical injuries that were sustained in the ring, and my former battle with addiction, to this day I suffer from depression, for which I take medication; migraine headaches; and severe short-term memory loss.”

Shelly Martinez, who wrestled under the alias of Ariel and was Massaro’s best friend, claims the suicide came without warning from an outsider’s perspective:

“My best friend from the wrestling business died from suicide two days after responding to 300+ fan letters. She was the happiest I have seen her in years, so stoked that people still cared about her 11 years after her career was over. There are no signs. It comes without warning. If you are going through the worst shit in your life, just know that you are not alone. PLEASE seek help.”

Just answered a ton of fanmail so you guys should be receiving them soon! Love ya punx🤘🏼🖤 pic.twitter.com/U1B1FJEoXK

CM Punk called into WMGM on Friday upon hearing of his former colleague’s death and urged those going through some shit to seek help.

“Just reach out to somebody. Text a friend. Call somebody. There’s hotlines. There’s ways you can get help.” [via TMZ]